The Australian dollar with difficulty and reluctance has increased in the consolidation range of 0.7060-0.7100, which was formed on March 4-6. Today, in the Asian session, it began to actively decline, as the further intention of the British MPs, namely, to vote for the postponement of the launch of article 50 of the Lisbon Treaty, was announced and can be "sold on fact".

On the four-hour chart, a reversal price divergence with the Marlin oscillator has been formed. The price is already below the MACD line. We look forward to a further decline in the aussie to support the embedded line of the price channel in the area of 0.6965. Going under the line opens the next target on the lower line 0.6844. 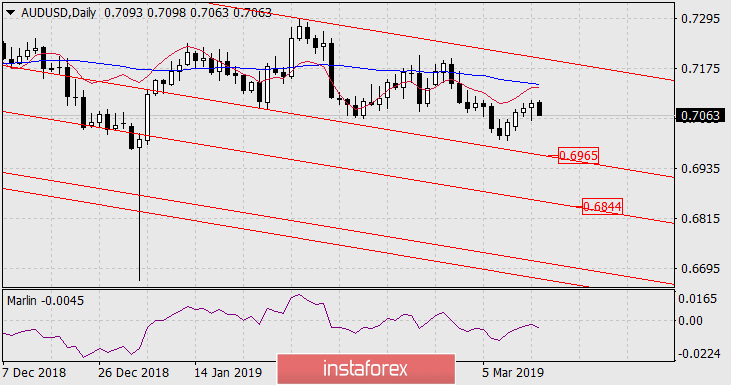 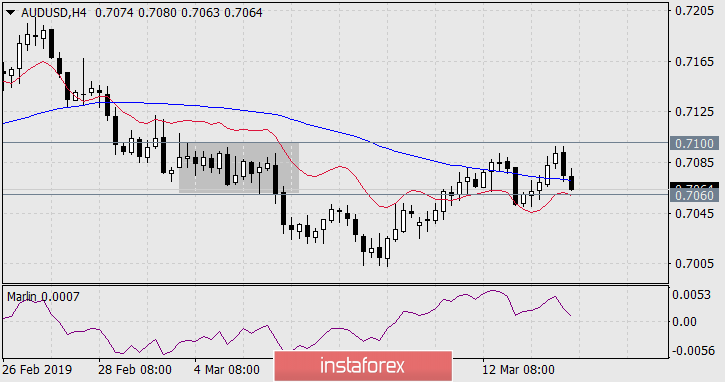 The material has been provided by InstaForex Company - www.instaforex.com
2019 Forecast for AUD/USD on March 14