The Australian dollar did not respond much to the European currencies' decline from the previous day, falling by only 15 points. Perhaps, the situation is in the formed extended double convergence with the Marlin oscillator, observed on the four-hour chart. Thus, the market has left itself a technical opportunity to correct upwards after working on the price channel line at a price of 0.6980, to which the price can reach following the release of American labor data. The forecast is optimistic: the newly created places in the non-agricultural sector are expected to be 181 thousand, the unemployment rate may drop from 4.0% to 3.9%. The correction may be to the lower boundary of consolidation on March 4-6, which is marked on the four-hour chart. Convergence thus becomes triple. 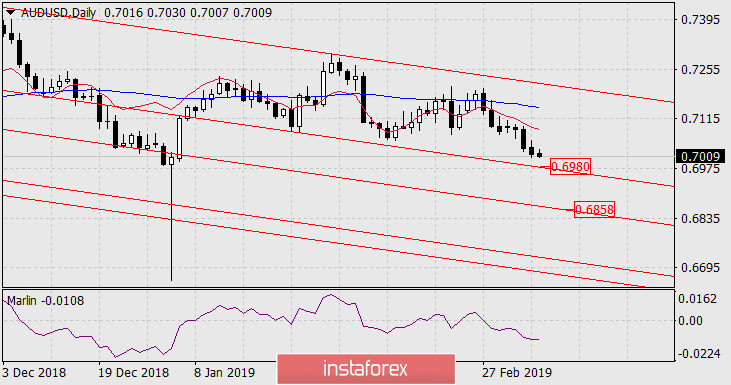 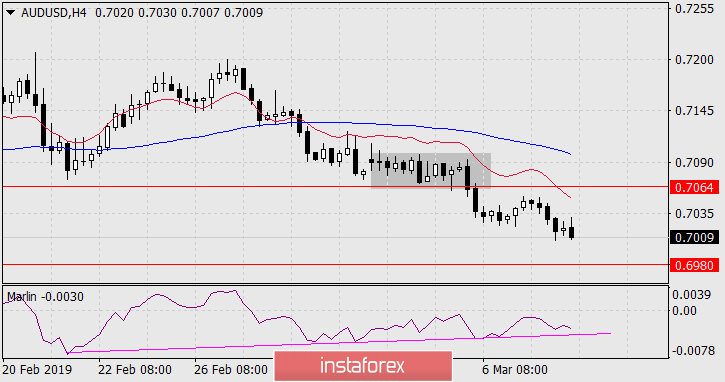 The material has been provided by InstaForex Company - www.instaforex.com
2019 Forecast for AUD/USD on March 8