Yesterday, the EU summit on postponing the date of launching the process of Britain's withdrawal from the EU was held. The postponement was adopted with a new date on May 22, but under the condition that until March 29, the British parliament should adopt the May-EU Agreement, which had been already rejected twice. Otherwise, the 29th of May will be Brexit without a deal. The euro fell by 50 points, reaching the accumulation zone of 1.1324 / 60, but then came out of it, finding support from the balance line of the four-hour scale. The signal line of the Marlin oscillator went into the zone of negative values, which completed the formation of a bearish divergence on H4 and strengthened the potential for a downward reversal of the price. To do this, the price needs to consolidate under the range of 1.1324 / 60, which will automatically mean that the price goes below the Krusenstern line on H4 and below the daily price channel line (1.1328). 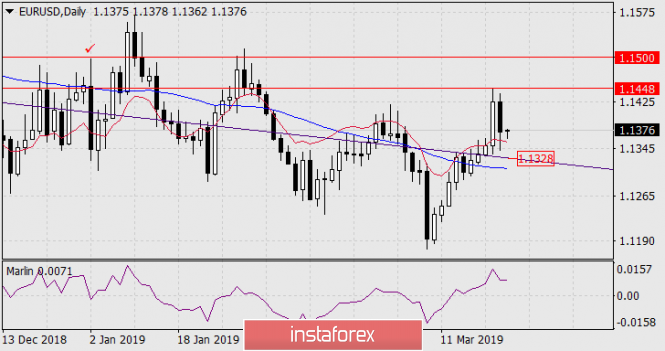 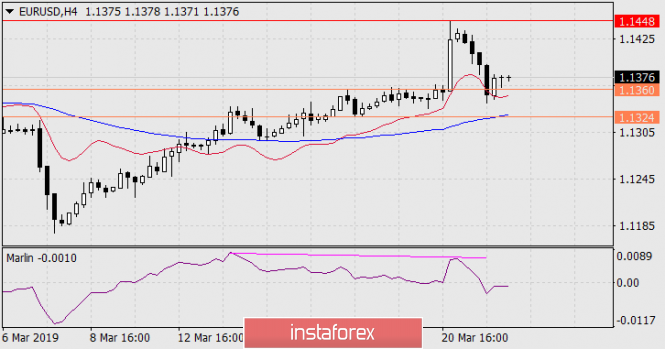 The material has been provided by InstaForex Company - www.instaforex.com
2019 Forecast for EUR / USD for March 22