In yesterday's review, we suggested the following investment idea - the recipients of TLTRO loans, which are credit institutions, can play an old game in new conditions. The European Central Bank has almost directly declared that it itself is not at all up to the game - the economy is falling and it must be saved. The fact that the new TLTRO period was announced (since September), a promise was made not to increase the rate guaranteed in the current year, with economic forecasts revised lower, it can speak not so much about the alleged demand for liquidity, but rather about problems in the banking sector. This situation is very beneficial to the US, what they do more closely after the conclusion of a trade agreement with China. Europe remains alone in the trade war with the United States, now it is clearly losing and losing in this war. This reveals a long-term prospect of the dollar's strengthening.

The ECB's economic forecast for the current year has been lowered from 1.7% to 1.1%, the inflation forecast has been lowered from 1.6% to 1.2%. The eurozone, after an incredible policy of mitigation, approaches the state from which it began - to the economic indicators of the end of 2013, including the trade balance. If the global economic crisis does happen in the foreseeable future, then Europe will be completely unprepared for it, without a safety cushion, not to mention the problems of the South.

In the evening, published data on employment in the United States. The forecast for newly created places in the non-agricultural sector is 181 thousand, the unemployment rate is projected to decrease from 4.0% to 3.9%. Taking into account the proximity of the price to the strong support of the price channel line, from which significant reversals took place since December of the last year (this struggle is clearly visible on the daily chart), we, counting on the price going under this line in the coming days, are waiting for the current situation to consolidate into the range of 1.1160-1.1215 - even in good employment data there is always a reason for discontent. 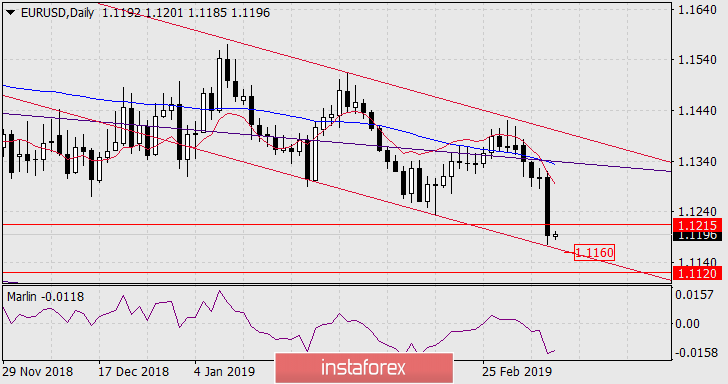 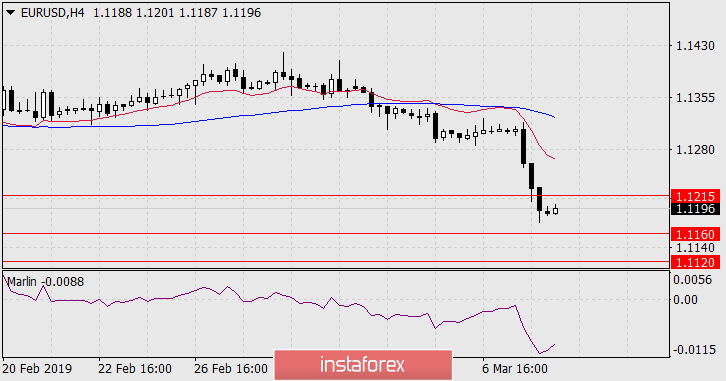 The material has been provided by InstaForex Company - www.instaforex.com
2019 Forecast for EUR/USD for March 8