On Friday, the euro had once again completed the technical level of 1.1407 and, as with the previous three days, rolled back to the support of the Krusenstern line of the daily scale. Technical indicators have changed only on the four-hour chart - the signal line of the Marlin oscillator is more firmly consolidated in the decline zone. But at the same time, the support zone has narrowed, overcoming which opens the way for a further decline - 1.1345/48 - the zone of concentration of Fibonacci lines on H4 (38.2%) and the price channel on daily, Kruzenshtern lines on both scales. 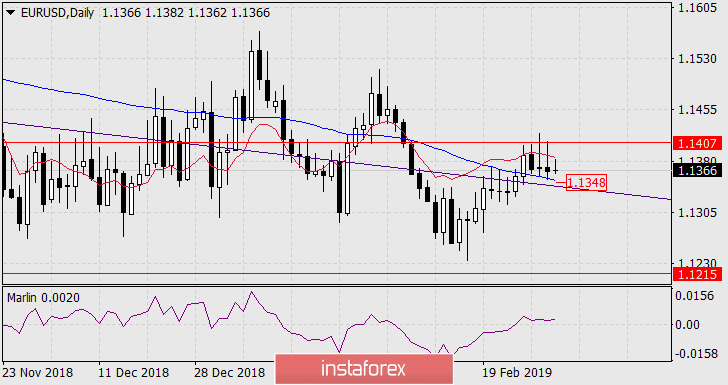 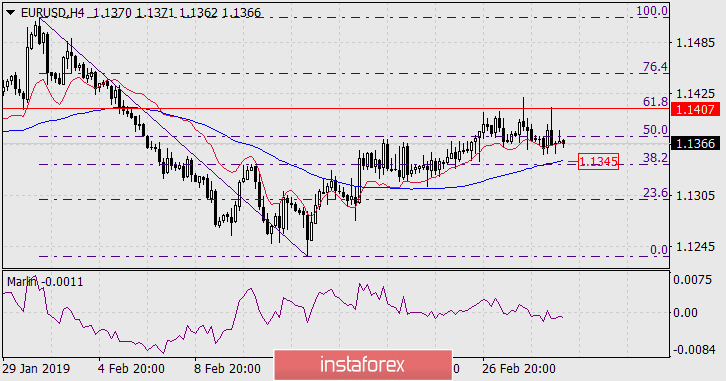 Investors are waiting for three main events regarding the euro: the ECB meeting on Thursday, data on employment in the US on Friday and the course of trade negotiations between the US and China. All of these events are expected to shift in the direction of the dollar; the ECB, as expected, will not change its rhetoric on monetary policy due to the deteriorating economic data in the eurozone and the end of Mario Draghi's powers in May; in an optimistic way. The unemployment rate in the United States is expected to decrease from 4.0% to 3.9%, the talks between the Americans and the Chinese are going in an optimistic direction.

We are waiting for a breakthrough of support and the euro's decline to 1.1215 – the low on 13 November last year.

The material has been provided by InstaForex Company - www.instaforex.com
2019 Forecast for EUR/USD on March 4