On Tuesday, as expected, the British Parliament voted against the "improved" Brexit agreement. The pound sterling fell by 117 points and today, the market is completely calm in the Asian session. A possible panic was nipped in the bud - trading volumes were at its greatest since the beginning of the year, which indicates full control over the situation by market makers.

Today, the Parliament will vote on the consent of leaving the EU without a deal. Apparently, this vote will also fail, which is why we are waiting for the pound to decline.

Yesterday's growth was delayed on the MACD line of the four-hour graph. The Marlin oscillator is still in the growth zone, the price lies on the balance line on both charts. For a downward movement, the price needs to be consolidated below, approximately, 1.3050, then the existing supports will be overcome. The target of a decline to 1.2930 is the daily price channel line. 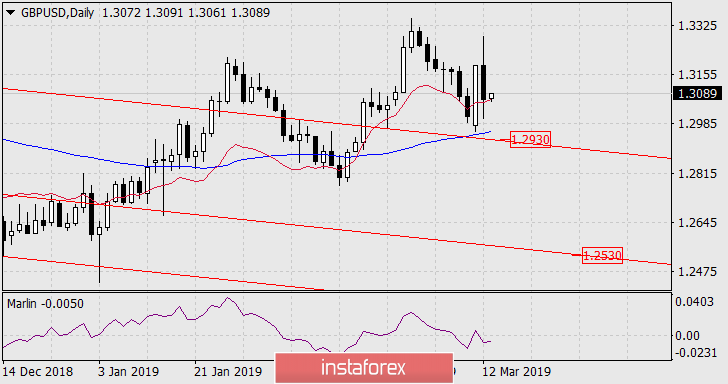 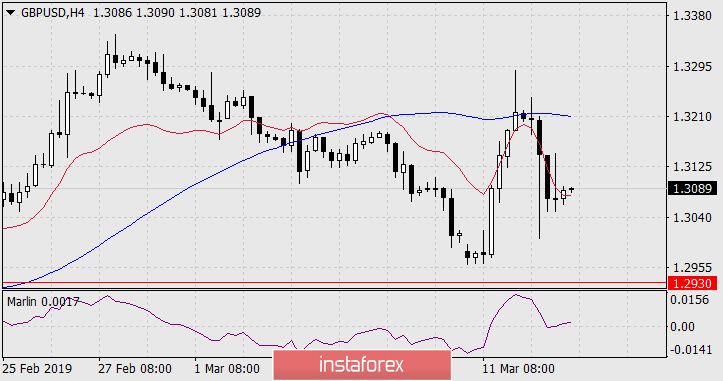 The material has been provided by InstaForex Company - www.instaforex.com
2019 Forecast for GBP/USD on March 13