Yesterday, British MPs went through a vote and declared that they would not want to leave the EU without a deal, although the decision was made only with a 4 vote advantage. The pound grew by 240 points, but trading volumes were even less than on Monday. Indeed, this decision (or rather the opinion) is not a guide to action for the EU. Both variants of the deal proposed by Theresa May were rejected by Parliament, it remains only to leave the EU without a deal on March 29. But the "straw" remained - to postpone the launch of this procedure to a later date. The MPs will take a vote on this issue today. As we mentioned earlier, the entire voting process led precisely to this issue. The EU was already prepared to make concessions. And the second round of negotiations will begin, and investors are tired of the first one.

A double divergence formed on the daily chart. Perhaps this is the limit of growth, since the price of only a few points failed to reach the MACD line on the weekly chart. No one doubts the outcome of today's vote, we are waiting for the British pound's fall. The technical signal of the decline will be the consolidation of the price below the MACD line on the four-hour chart (1.3220). The purpose of the decline is the line of MACD daily scale, in the area of 1.2988. 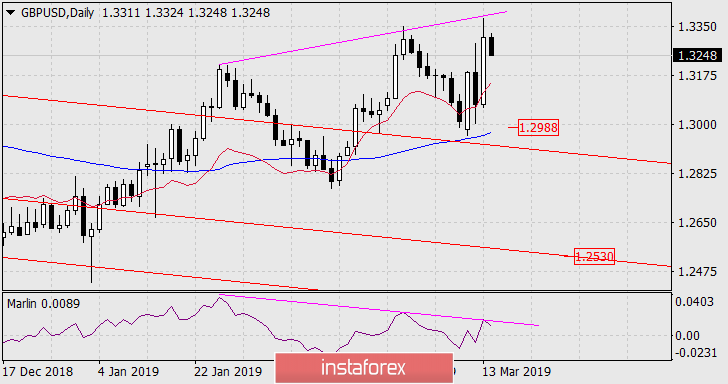 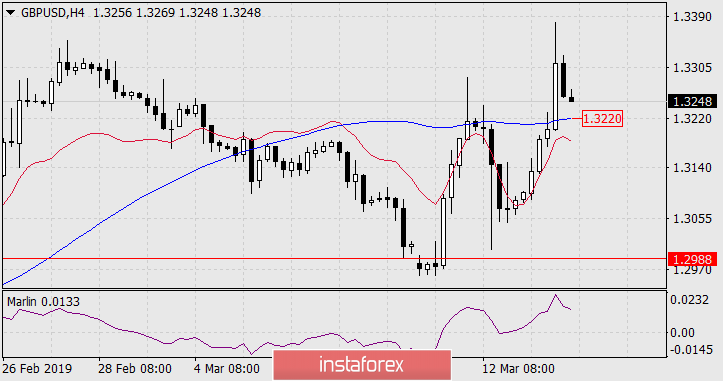 The material has been provided by InstaForex Company - www.instaforex.com
2019 Forecast for GBP/USD on March 14