Yesterday, the British pound failed to reach a Fibonacci correction level of 110.0% at a price of 1.3321, the situation remained unchanged at the end of the day - the price still lies on the MACD four-hour chart, the double divergence with the Marlin oscillator did not change on a daily scale. On the four-hour chart, the marlin oscillator slightly entered the decline territory.

Consolidating the price below the signal level 1.3210 (high of January) opens up the possibility of a sharper fall to support the MACD line on the daily chart 1.3000. 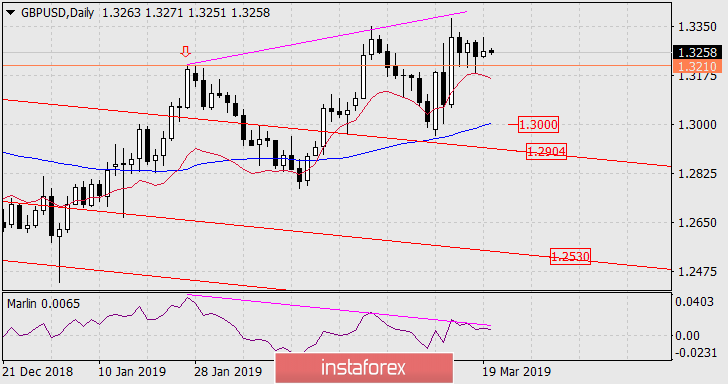 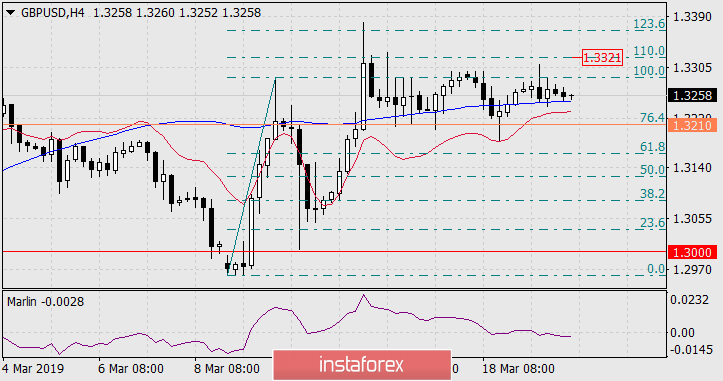 The material has been provided by InstaForex Company - www.instaforex.com
2019 Forecast for GBP/USD on March 20