At yesterday's meeting of the Fed, it was announced that the hawkish monetary policy was terminated and even some softened their stance by stopping the reduction of the Fed's balance sheet in October of this year. But the situation around Brexit is heating up. Prime Minister Theresa May requests the EU to give them a delay of 3 months in order to resolve the issue of the agreement. The EU will obviously agree, this issue will be resolved today at the EU summit. Formally, the pound sterling could strengthen on this news. The technical signal should be a consolidation of the price above the MACD line on the four-hour chart (1.3241), in this case, growth to the peak of March 13, 1.3380 is possible. But pessimism could prevail among investors, given that the Parliament failed to reach an agreement. If the price moves below the low of the previous day (1.3145), the pound may fall to the level of 1.3000 – to the MACD line on the daily chart. 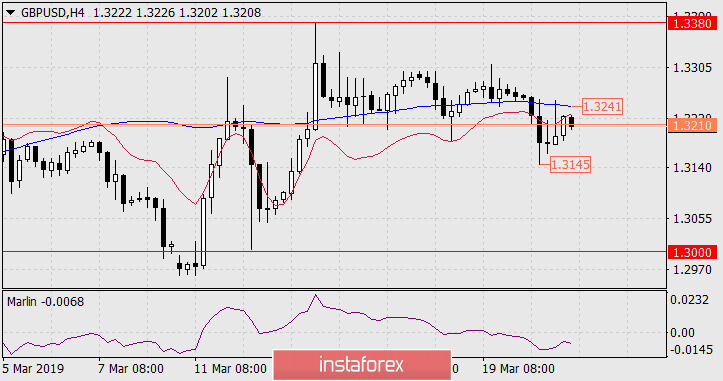 The material has been provided by InstaForex Company - www.instaforex.com
2019 Forecast for GBP/USD on March 21