Yesterday, the British pound went through slight fluctuations around January's high (1.3216), but not having positive news about Brexit (there was only a rumor about preparing the ground for Theresa May's resignation), the pound is stuck in technical resistance on a lower time frame, and this morning it is again aiming for bearish levels. 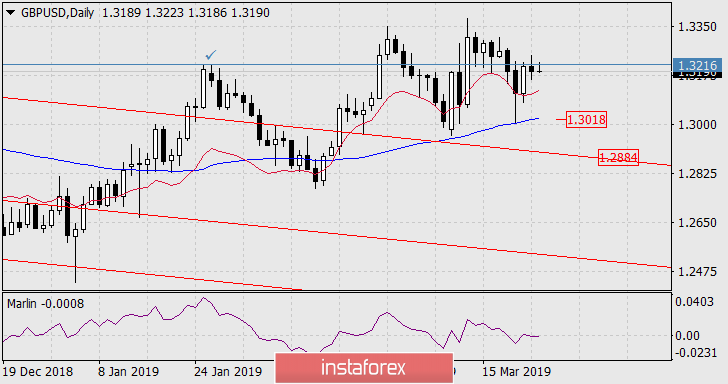 The first such significant level is the MACD line of the daily scale at a price of 1.3018. Below we see the support of the embedded line of the price channel of the weekly timeframe - approximate target of 1.2884.

Marlin oscillator readings of both graphs are neutral. The Parliament's expected adoption of the May-EU deal, previously rejected twice, in our opinion, does not seem to have a strong positive impact on the market. 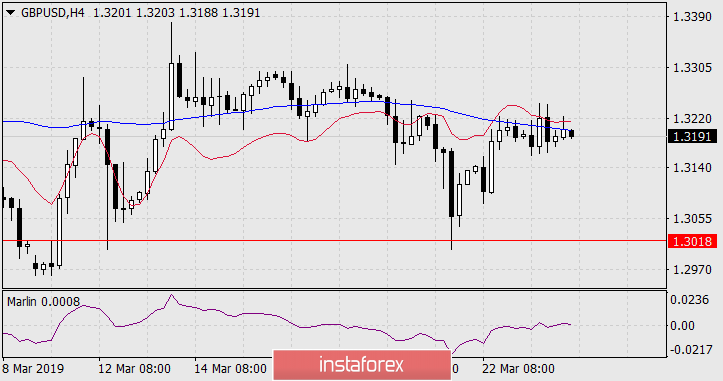 The material has been provided by InstaForex Company - www.instaforex.com
2019 Forecast for GBP/USD on March 26