The British pound continues to wind up on a four-hour scale on the MACD line, awaiting Friday's Parliamentary vote on Brexit terms. Prime Minister Theresa May promised to resign if, finally, her agreement with the EU is accepted. Previously, we believed that the agreement would be accepted without May's resignation, but now this probability causes great uncertainty, since MPs may not agree to an "unequal exchange". Nevertheless, we are inclined towards a positive outcome of the vote, thus, from a speculators' position, the pound can receive an incentive for growth. But this incentive will be short-term, as domestic political acuity and uncertainty increases in England. Geopolitical tensions are growing, the dollar is strengthening, and soon the British pound (in case of growth) will quickly return to a downward trend. 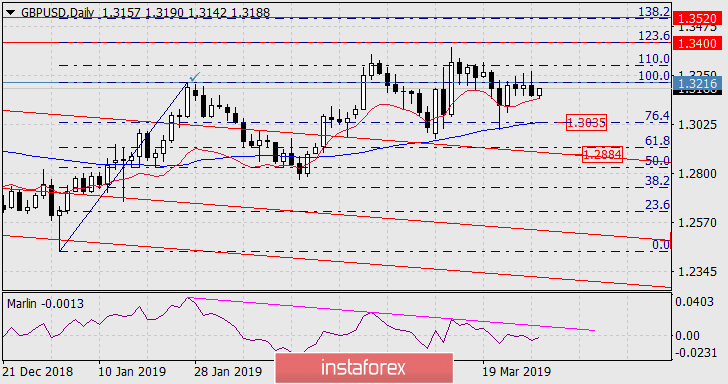 On the daily scale chart, the price is supported by a red indicator balance line. Consolidating prices above the signal level of 1.3216 will be a sign of further growth to the Fibonacci reaction line of 123.6% at the level of 1.3400. Overcoming this level will allow the price to grow even more, to a reaction line of 138.2% at a price of 1.3520. We do not expect greater growth, since we believe that the current double divergence with the marlin oscillator will increase to triple divergence without disturbing the formation.

Consolidating the price below today's low (1.3142) opens the target of 1.3035 - the point at which the MACD daily scale line converges and the Fibonacci level is 76.4%. 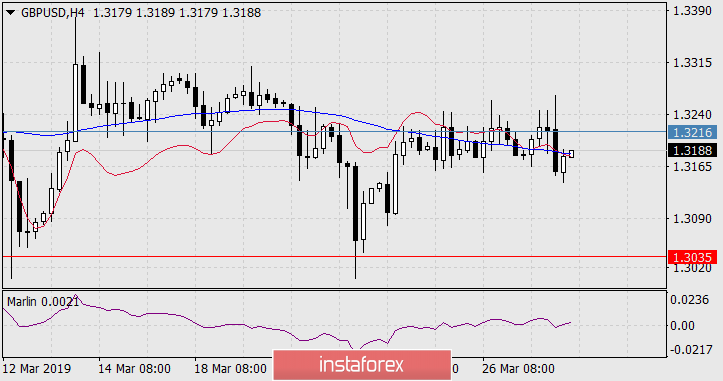 The material has been provided by InstaForex Company - www.instaforex.com
2019 Forecast for GBP/USD on March 28