Yesterday, the British pound declined by 80 points. Having met with the support of the balance line of the daily timeframe and the signal level of 1.3108, it went back to the opening price of the trading session. Nevertheless, it can be seen that the price has consolidated under the MACD indicator line on the four-hour chart, today it is moving down from it during the Asian session. 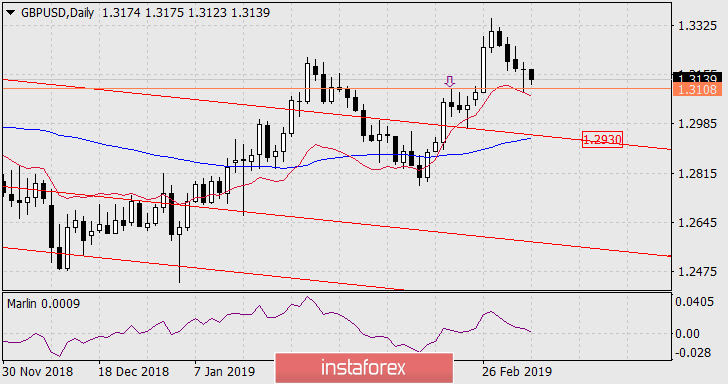 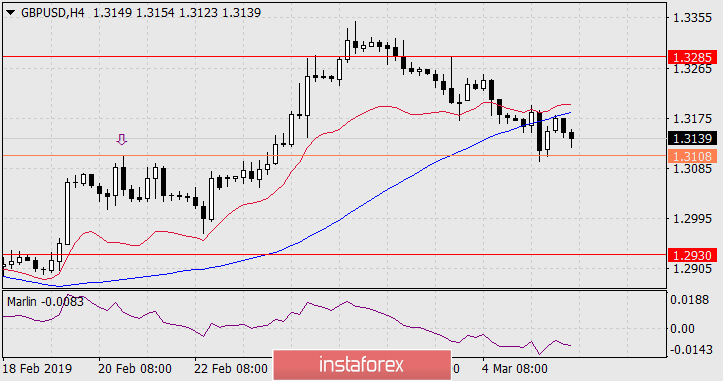 It is precisely today that the pound if facing a decisive day, because the delay in overcoming the signal level (1.3108) may turn into growth, since the Marlin line of the daily chart came close to the border with the territory of decline (0.00), and in case of a delay it can turn up, and this is a signal to change trends. Then, the oscillator readings of the four-hour scale will change to growth, and the price on the same timeframe will be above the MACD line and balance. In this case, growth can reach up to the resistance level of 1.3285 - highs on March 1 and February 26. With the advent of optimistic news regarding Brexit, growth might be higher. So, yesterday the head of the Bank of England, Mark Carney, said that from March 11, British banks would be eligible to take loans in euros from the BoE and also hinted at a speedier rate increase.

But while the events are proceeding according to the main scenario - we are waiting for the price to consolidate at 1.3108 and a decline towards the support of the price channel line around 1.2930.

The material has been provided by InstaForex Company - www.instaforex.com
2019 Forecast for GBP/USD on March 6