On Thursday, the British pound lost 87 points, following the euro's decline after the ECB's pessimistic meeting. The decline was stopped by the daily timeframe balance line, but the price still overcame the signal level 1.3108. The signal line of the Marlin oscillator on the daily has moved to the zone of decline, now we can wait for the price in the region of the coincidence of the MACD line and the price channel line at 1.2930. 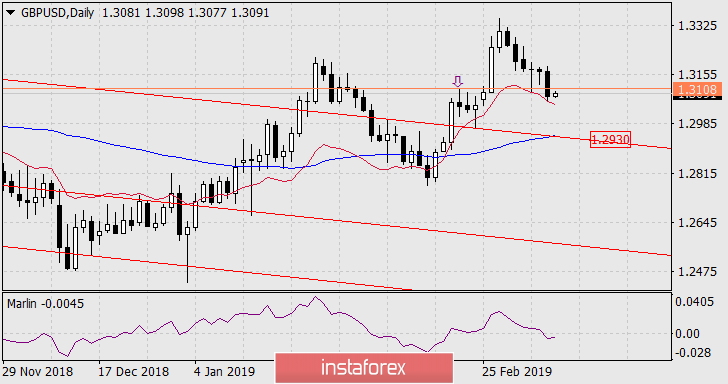 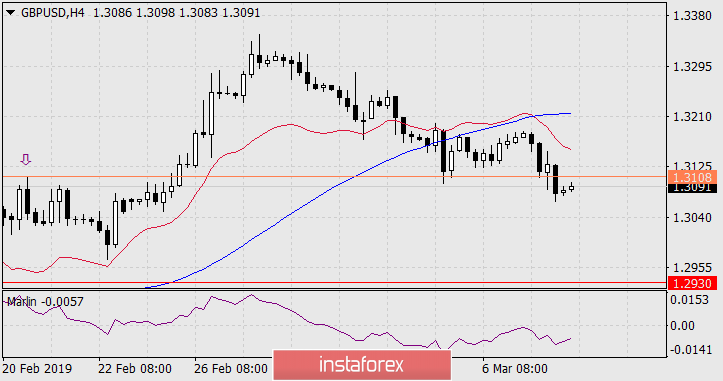 On a smaller scale, H4, price convergence with the Marlin oscillator is being formed, which can be realized in a correction from the pound's fall from February 28, visually from the balance line to the daily.

We do not expect a high correction, since the signal level of 1.3108 can assume the role of a split, that is, the level at which the price will be wound in a consolidation process.

The material has been provided by InstaForex Company - www.instaforex.com
2019 Forecast for GBP/USD on March 8