The USD/JPY currency pair is in danger of falling primarily due to the technical reversal sign of the price divergence with the Marlin oscillator on the daily scale chart. The same oscillator on the four-hour chart in the decline zone. The decline's target will be the support of the downward price channel in the area of 111.06, but only if the price consolidates below the MACD line on H4 - below 111.50.

On the other hand, the dollar weakened against the yen yesterday due to the decline in US stock indices (S&P 500 -0.65%, Dow Jones -0.52%) due to the growth of the negative foreign economic balance from -50.3 billion dollars to -59.8 billion dollars in December, which is the largest negative balance since October 2008. Also, the change in the number of jobs in the US private sector showed an increase of 183 thousand in February, according to ADP, against an expectation of 190 thousand. But further economic indicators coming out today and tomorrow are expected to be better: labor costs in the 4th quarter may show an increase of 1.7%, unemployment decline from 4.0% to 3.9%, the growth of hourly wages in February is expected to increase by 0.3%.

The growth of USD/JPY to the target level of 113.15 can eventually form a double divergence, after which a full correction is possible. 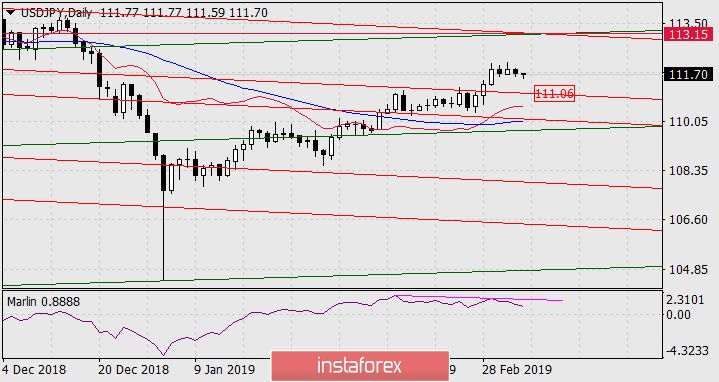 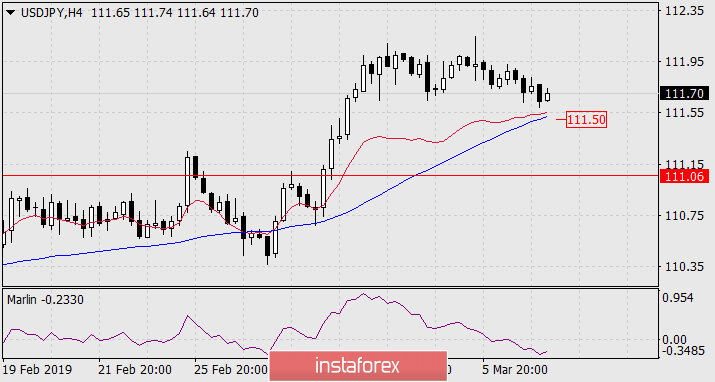 The material has been provided by InstaForex Company - www.instaforex.com
2019 Forecast for USD/JPY on March 7