At yesterday's summit, the European Union decided to accept the proposal of the British Prime Minister Theresa May to delay the launch of Brexit for 3 months, but set a counter condition for London to accept the draft Mei-EU agreement until March 29, which the British parliament has already rejected twice. The danger of a country withdrawing from the EU without a deal became as acute as possible. At the moment, the pound lost more than 180 points, but was kept by the Kruzenshtern line of the daily chart at 1.3000. On the daily graph, a double divergence is fully formed, but the price is still above the balance lines and Kruzenshtern. On the four-hour chart, the signal line of the oscillator is marlin in the drop zone, the price is below the indicator lines. We are waiting for prices to go under 1.3000 with a further decline to 1.2904 and, as we believe, to 1.2530. 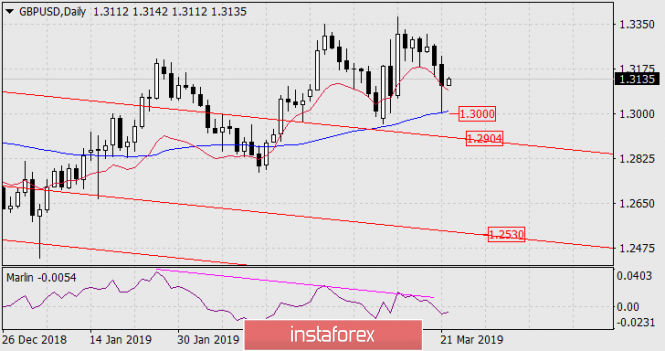 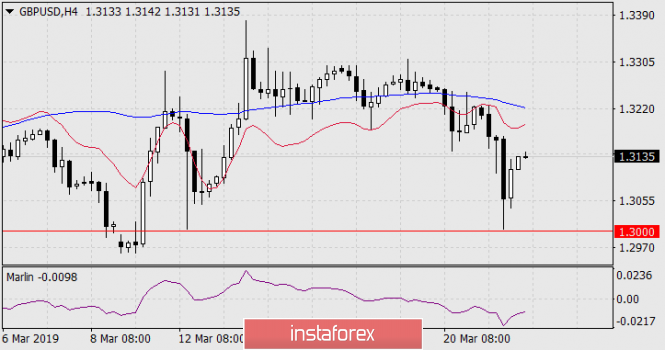 The material has been provided by InstaForex Company - www.instaforex.com
2019 GBP / USD Forecast for March 22