GBP / USD: "passing" meeting of the Bank of England and zugzwang for Theresa May

The March meeting of the Bank of England escaped the attention of traders. Pound completely ignored this event, focusing on the prospects of Brexit. On the other hand, the English regulator also did not give cause for any concern which goes for absolutely "passing" meeting, without any intelligible hints on further actions. Nevertheless, the main points should be noted - because if the epic "divorce process" is completed (there is such a probability), then the focus of attention of gbp / usd traders will return to the prospects of the monetary policy of the British Central Bank. 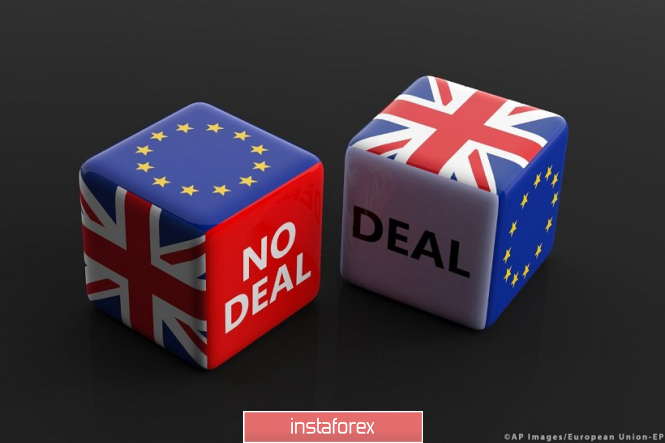 Actually, this fact is recognized by the regulator itself. According to Mark Carney, the results of Brexit can cause both tightening and easing of monetary policy - although the corresponding decision will not be automatically made. By and large, last year the head of the Bank of England "tied" a possible change in the parameters of monetary policy with Brexit. If we summarize all his statements on this subject, then we can conclude: with a "hard" scenario, the regulator will not necessarily reduce the rate - it will continue to monitor the dynamics of economic indicators. With a "soft" Brexit, the Central Bank is more likely to increase the rate - inflation is still at high values, allowing regulator members to make an appropriate decision. However, when it comes to extending the negotiation process, this simple algorithm of actions is relevant and at the moment.

Therefore, the market did not pay enough attention to the outcome of the meeting: everything is quite predictable. In my opinion, it is necessary to single out the three main theses of the March meeting. First, the regulator warned that employment growth in the near future could slow down significantly. Obviously, in this way, the Central Bank reacted to the latest release on the labor market: while unemployment fell, the number of applications for unemployment benefits jumped to 20 thousand (although the forecast was at 13 thousand). Whether these figures are a manifestation of the seasonal factor or whether we are dealing with a negative trend - time will tell. But in my opinion, there is no cause for concern, given the dynamics of growth in wages.

The second important thesis is an assessment of inflation growth. According to the Central Bank, core inflation is at an acceptable level and corresponds to the forecast. This fact corresponds to the general conclusion of the members of the regulator: a gradual and limited tightening of the "may be necessary" policy. In other words, the Bank of England is ready to raise the rate this year, and key indicators of the economy allow it to be done, and the regulator's hands are "tied" only by a question of Brexit. That is why the events are viewed by the market through the prism of the prospects for the monetary policy of Britain.

In the meantime, the political confrontation between Brussels and London reaches its apogee. By and large, Teresa May herself drove into a state of zugzwang - when each subsequent move worsens the overall position of the player. An official statement was released today following a meeting of heads of state and government of the EU countries. Yesterday's rumors were fully confirmed: EU leaders agreed to postpone the UK withdrawal from the Alliance - but, firstly, only until May 22, and secondly, if only the British House of Commons approves the Brexit agreement next week. Otherwise - exit March 29 without any deal. 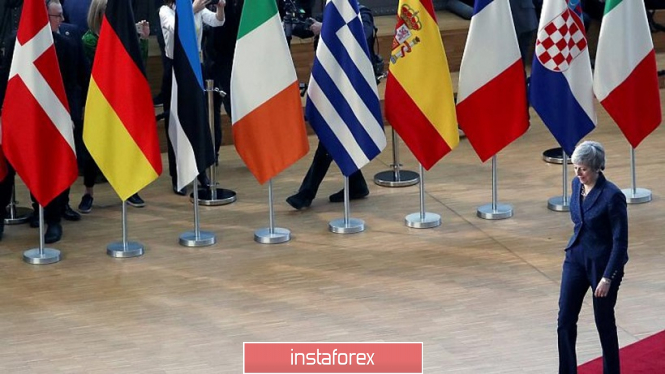 The piquancy of the situation lies within the fact that the British parliamentarians have already managed to reject the deal and the option to exit without a deal. Moreover, May currently cannot bring the draft agreement to a second vote, since the Speaker of the House of Commons blocked this possibility, referring to the provisions of the convention 400 years ago.

In other words, the script is clearly played out not by Theresa May's notes. Apparently, the British Prime Minister did not expect such a harsh reaction from the French requesting for the postponement of the X-hour. However, now, the British have fallen into the "legislative trap", which they, in fact, built themselves. In the coming days, the focus of market attention will again shift to London, where the fate of Brexit will be decided once again.

Hypothetically, deputies have the opportunity by vote to ignore the rule of the above convention voiced by the Speaker of the House of Commons. But for this, the prime minister needs to convince his party members and unionists of the appropriate need. According to the results of the last vote, more than 70 conservatives are against the deal in their current form. Whether Theresa May can "lure" them to her side, given the current situation, is an open question. But, it is precisely on the resolution of this issue that the fate of Brexit and the fate of the British currency depend on.

The material has been provided by InstaForex Company - www.instaforex.com
GBP / USD: "passing" meeting of the Bank of England and zugzwang for Theresa May