GBP/USD. 20th of March. Results of the day. Brexit: all the trump cards are in the hands of the European Union. 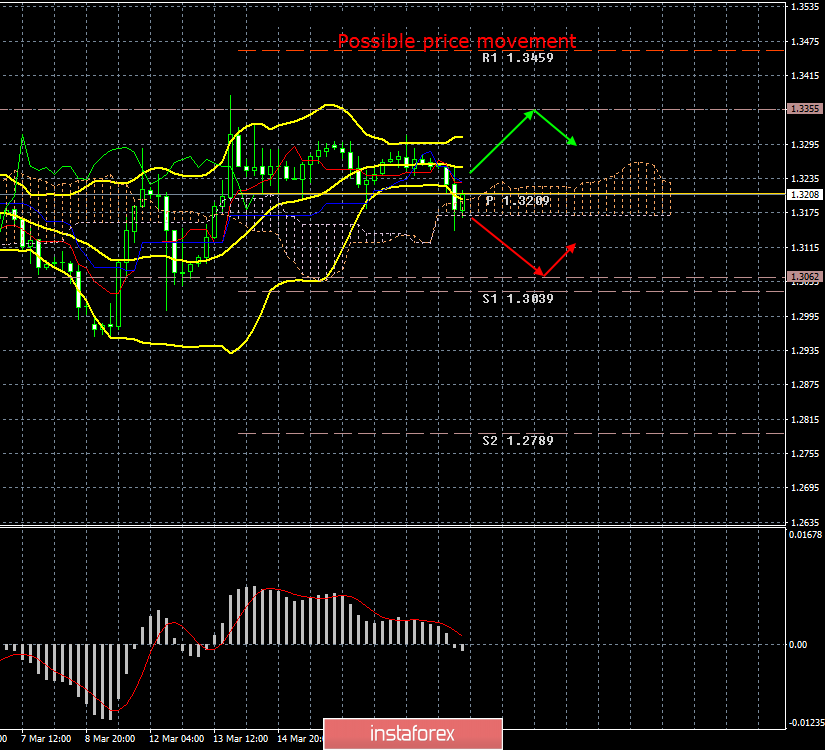 Ahead of the announcement of the Fed's results and the Bank of England, which is scheduled for tomorrow, the British pound sterling fell against the US dollar. We expect the fall of the British pound for quite some time, given the complete chaos in the process of Brexit, which runs the risk of a delay for another three months, this is the minimum. It will be 3 years in total since the referendum. Today it became known that the European Commission surprisingly opposes the option of postponing Brexit until June 30, 2019, which was proposed by Theresa May. According to the European Commission, the maximum possible short-term postponement date for Brexit is May 23rd. After this date, elections to the European Parliament will begin, and the UK should no longer participate in them. If this option is not suitable for London, then the European Commission proposes to move Brexit for a long period of time. The paradox of the situation is that the short-term postponement of Brexit will unlikely change anything in the procedure for ratifying the current version of the "deal" between London and Brussels. A long-term delay will cause a lot of claims to Theresa May, who can not cope with Brexit. ZEveryday, the situation is increasingly aggravated but remains unresolved. In addition, inflation in the UK unexpectedly turned out to be higher than forecast - 1.9% y/y, but the basic inflation rate, on the contrary, was lower - 1.8% y/y. Theoretically, today, the Fed can return the pound sterling to a local high if, to the delight of Donald Trump, it announces that the current rate has been found near the lower limit of the target range, hinting that there will be no more tightening. From a technical point of view, the pair have not yet managed to overcome the strong Senkou Span B line.

The GBP/USD currency pair started a new round of a downward correction. Thus, in order to open new longs with a target of 1.3335, it is recommended that you wait until the current correction is completed - consolidating the price above the Kijun-Sen line.

Short positions can be considered in small lots if the pair overcomes the line Senkou Span B, which will significantly increase the chances of forming a downtrend.

The material has been provided by InstaForex Company - www.instaforex.com
GBP/USD. 20th of March. Results of the day. Brexit: all the trump cards are in the hands of the European Union.