GBP/USD. The 5th of March. Results of the day. Six reasons for the pound sterling's decline 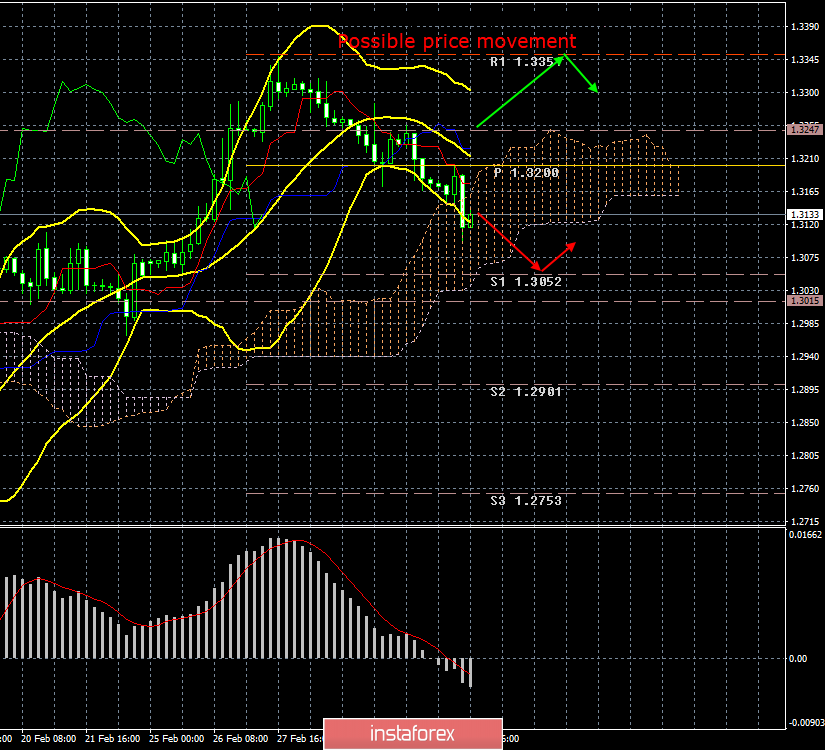 On Tuesday, March 5, the British pound also continues the downward movement that began a few days ago. First of all, traders have clearly exhausted their desire to buy the pound sterling on mere rumors and expectations. Secondly, there was no special positive for the UK and its national currency. Third, in recent days, the US dollar has been in high demand against the background of information about the possible conclusion of a trade agreement between the United States and China before the end of March. This will mean the end of the trade war. Fourth, a strong index of business activity in the US ISM services sector was published today. Fifth, Mark Carney's speech will take place in the evening, and it does not promise anything good, at best it will be neutral for the pound. Many experts note that the dollar is gaining momentum again. Donald Trump has already once again criticized Jerome Powell and the Federal Reserve's monetary policy, but this did not lead to a weakening of the US currency. By and large, many economic agencies are right in thinking that the US dollar will continue to be in demand against the backdrop of high interest rates in the US relative to other countries. The US economy, despite the threat of recession, is strong, and the recession threatens the global economy. Well, we will not forget that there is a high probability that Britain will still exit the EU without agreements, because progress in the negotiations on key issues has simply not been available in recent months, and the postponement of the Brexit date is only a necessary measure unlikely to force one of the parties to suddenly make additional concessions.

The GBP/USD currency pair continues to move down. Therefore, it is now recommended to trade short with targets of 1.3052 and 1.3015, but in small lots, since the "dead cross" is still weak.

Buy orders will become relevant if the pair consolidates above the critical line. However, from a fundamental point of view, this scenario is unlikely at the moment.

The material has been provided by InstaForex Company - www.instaforex.com
GBP/USD. The 5th of March. Results of the day. Six reasons for the pound sterling's decline