GBP/USD. The 7th of March. A "new chance" for London 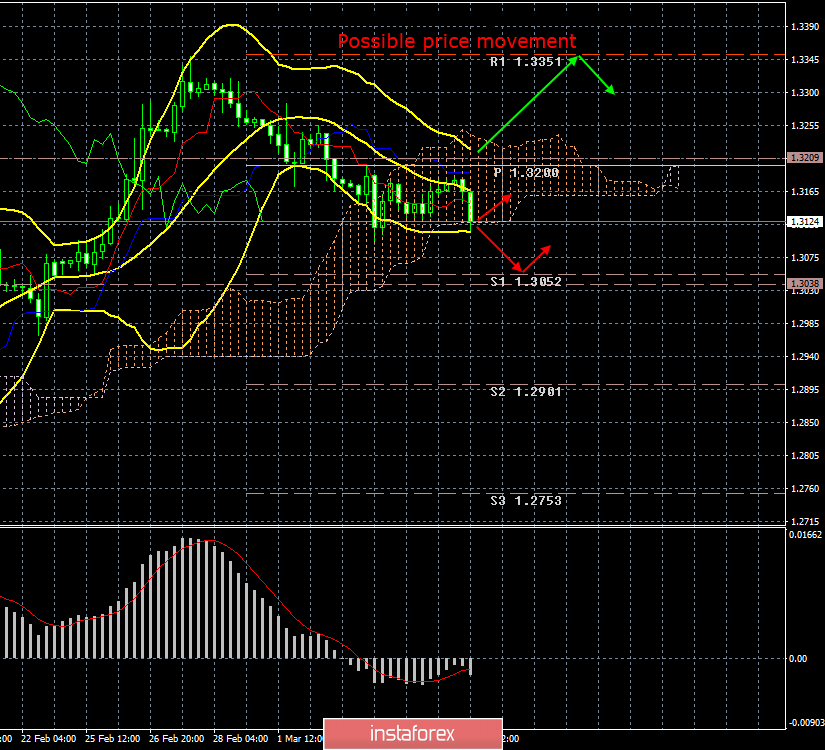 On Thursday, March 7, the British pound sterling is also trying to resume a downward movement, but there are no such strong drivers like the euro currency. In the meantime, Brussels, which had previously declared a "dead end" in negotiations with London, gives the latter one more chance. Within 48 hours, London must submit new proposals for the backstop, and then the EU leaders will work all weekends, considering this proposal. It looks like another attempt to show that the work is in full swing and both sides are ready to work both day and night to come to an agreement. In fact, it seems that the European Union is in no hurry to get out of the current "impasse". First, some EU leaders have already stated that London can reverse its decision to leave the EU, hinting that this decision will be supported. Second, they called for a second referendum, hinting that London's current decision is not the best. Therefore, the situation that has developed is as follows: Brussels doesn't need to "let go" of Britain too much, therefore the terms of the agreement should be suitable. Britain, on the other hand, wants to go out with the least loss and does not want to yield to key issues. But it wants to go out. But does not want to go without an agreement. Theresa May doesn't want to postpone the Brexit date. The British Parliament does not want to accept Theresa May's agreement.The situation turns out, where once the three parties are dissatisfied with something, and only two sides are interested in the soonest settlement of the issue. From a technical point of view, consolidating the price below the Ichimoku cloud will strengthen the "golden cross".

The GBP/USD currency pair resumed its downward movement, which was signaled by the MACD indicator. So now sell orders for the first support level of 1.3052 are relevant again.

Long positions can be considered if the pair is consolidated above the critical line. However, from a fundamental point of view, such a scenario is still unlikely.

The material has been provided by InstaForex Company - www.instaforex.com
GBP/USD. The 7th of March. A "new chance" for London