GBP/USD. March 13. Results of the day. UK: theater of the absurd continues 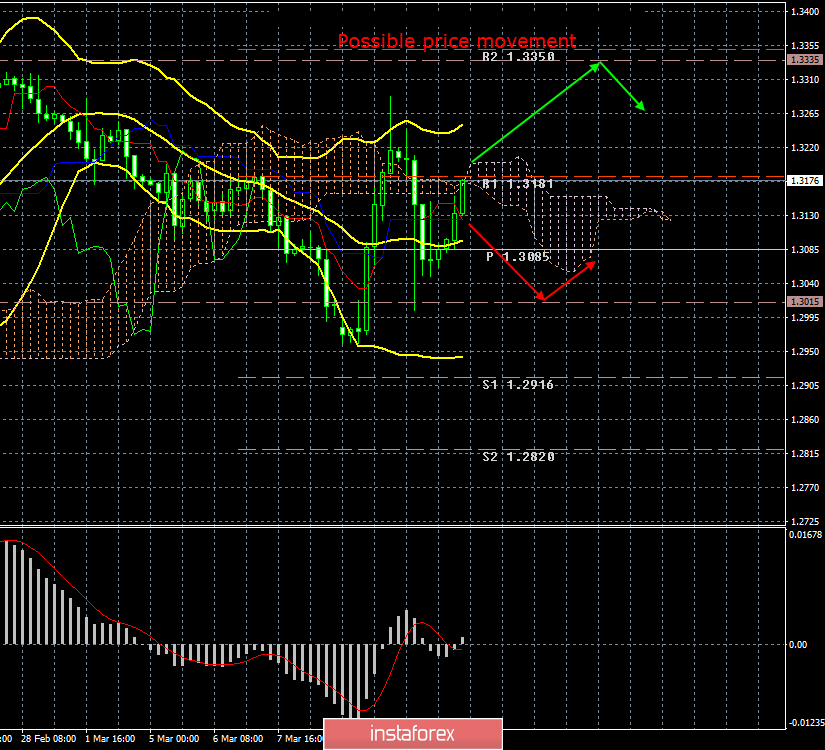 The British Parliament blocked Theresa May's second attempt to push her plan for Brexit. Everyone knows that. But the most interesting is yet to come. Today, with a probability of 99%, the Parliament will block the "hard" option of leaving the EU. And tomorrow, with a probability of 99%, it will adopt a bill prolonging the validity of Article 50 of the Lisbon Treaty, that is, the Brexit date will be postponed from March 29 to at least two months. As we can see, nothing positive or encouraging is happening in Britain. But the pound sterling, right on cue, started to grow again. Once again, it started to grow on market expectations regarding the postponement of Brexit without a "deal". The market is happy to buy the pound simply because the exit from the EU is postponed, and there will not be a hard Brexit in the near future. But any trader asks himself the question: what next? Why do you need this delay? What will she give? New negotiations with Brussels? Juncker and other leaders of the EU have repeatedly noted that the current version of the document is the best that Brussels can offer to London. There will not be any new negotiations and concessions. In general, complete obscurity and uncertainty. Well, the pound sterling can only be glad that it's course depends not so much on fundamental reasons, but on the reaction of traders to these reasons and the expectations of traders. Otherwise, the pound would have already approached price parity with the US currency. From a technical point of view, the last few days (which is not surprising) were too volatile and saturated to mark a clear trend. There are still two important votes ahead, and the pair can change the direction of movement at least two more times today and tomorrow. Therefore, it is currently impractical to predict the direction of movement of the pair based on the technique.

The GBP/USD currency pair is trying to resume an upward movement, but it is not advisable to trade on technique right now, as new Brexit data could cause a super-boring market reaction and a sharp reversal of the pair in the opposite direction. Therefore, the best option now is to wait for the end of all voting in the British Parliament.

The material has been provided by InstaForex Company - www.instaforex.com
GBP/USD. March 13. Results of the day. UK: theater of the absurd continues