GBP/USD. March 25. Results of the day. The EU has completed preparations for a "hard" Brexit. April 12 is the new X date 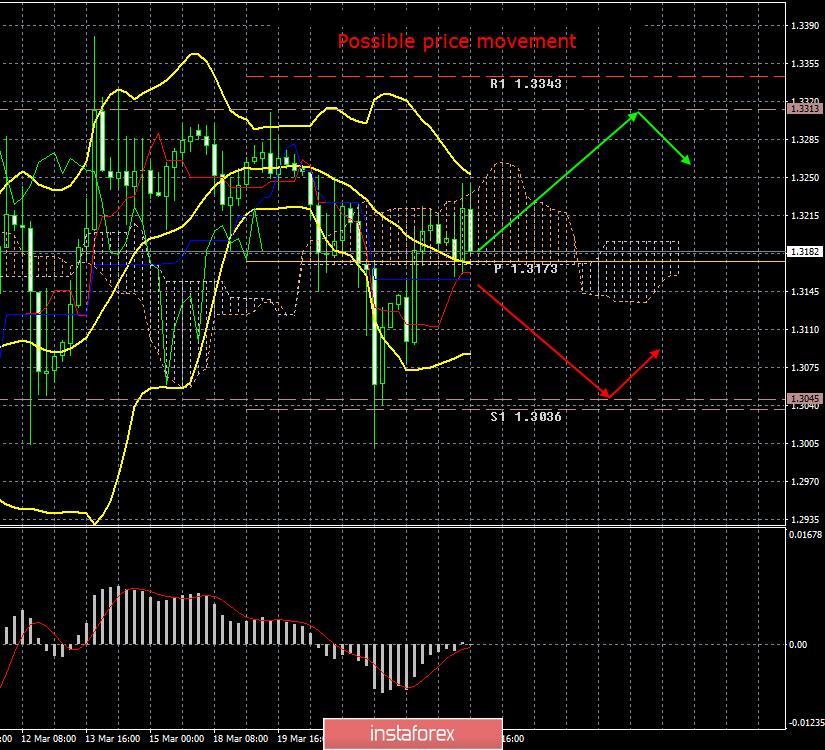 The British pound sterling continues to waver from side to side. Traders receive a sufficient amount of macroeconomic information. Today, March 25, it became known that Theresa May promised to resign if the British parliament voted for her Brexit agreement. It is unlikely for Parliament to take such a step. Theresa May is offering an unequal exchange, the main purpose of which is to save her current political career, and for this to happen she needs to push her version of the deal through Parliament by any means. What will happen to the country in the future will no longer be decided by it. Parliament cannot fail to understand this. The information that a third vote will be held tomorrow on the same version of the agreement has not been confirmed. In the meantime, the European Union announced that it had completed preparations for an unorganized Brexit, which should take place on April 12, unless the British Parliament finally accepts the proposed "deal" ahead of this deadline. Thus, once again, Brexit's entire process turns into the finish line. This time, it seems, there will not be any postponements for Britain's release date. So, either the UK will leave the EU on April 12 without a "deal", or on May 23 - with a "deal", or will refuse Brexit altogether. In any case, the first important date is April 12. We can only observe what is happening. In the coming weeks, the pound sterling can often and sharply change direction, reacting to any information concerning the most burning issue for the UK in the last three years.

The GBP/USD currency pair is currently in an upward movement in the presence of a newly-formed weak golden cross. However, MACD may already turn down on the current bar. A bad time to open new positions.

It is recommended to return to sell orders with a target of 1.3045 no earlier than when the price consolidates below the Kijun-Sen line. From a fundamental point of view, this option is still preferable.

The material has been provided by InstaForex Company - www.instaforex.com
GBP/USD. March 25. Results of the day. The EU has completed preparations for a "hard" Brexit. April 12 is the new X date