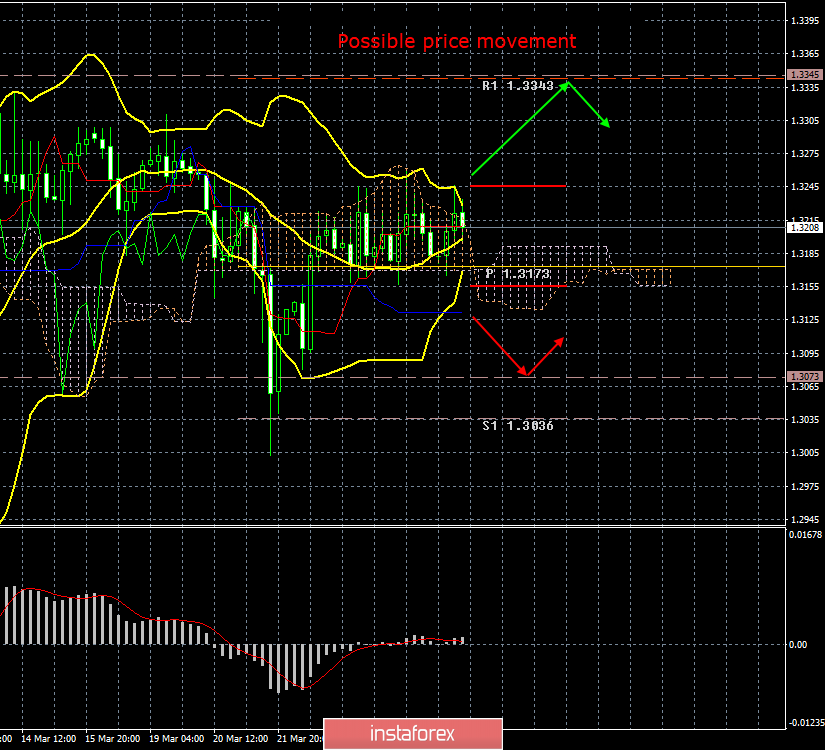 There is only a few hours left until a whole series of votes in the British Parliament, and the British pound sterling has clearly been in hiding in recent days and is waiting for the results of these votes. Today, the head of the European Council, Donald Tusk, said publicly that the European Union should give the UK time to decide if it really wants to leave the EU, hinting at the petition of 6 million citizens of Great Britain who wish to cancel Brexit. However, London has already managed to reject this petition. Tusk said that London only has time until April 12 to draw up a "deal" with the EU, and until May 22 to leave the EU without any agreements. Otherwise, the UK will have to participate in elections to the European Parliament, and Brexit itself will have to be postponed to a much later date. However, it no longer matters, and the pound did not respond to this Tusk's speech. The main thing now is to find out which of the Brexit options does the majority of MP's support in order to figure out which strategy to follow in the near future. Meanwhile, Theresa May also publicly announced that she would resign only if Parliament supports her version of the Brexit agreement. May needs to save his political career, and the Parliament doesn't need Theresa May's option, even considering her resignation. Even if some MPs will "like" this option, the adoption of this proposal will indicate a form of betrayal to the whole country, since the Brexit variant that was rejected twice will be approved by the same Parliament. This is absurd.

The GBP/USD currency pair is now in a difficult situation with the absence of any tendency substantiated by anything. The British Parliament's meeting in the evening could shed light on at least the country's immediate future and the fate of Brexit, but until this point, we do not recommend taking risks.

The material has been provided by InstaForex Company - www.instaforex.com
GBP/USD. March 27. Results of the day. Donald Tusk stands for absolute deferral of Brexit. May goes all-in