GBP/USD. March 28. Results of the day. The pound sterling endured for a long time, but it eventually collapsed 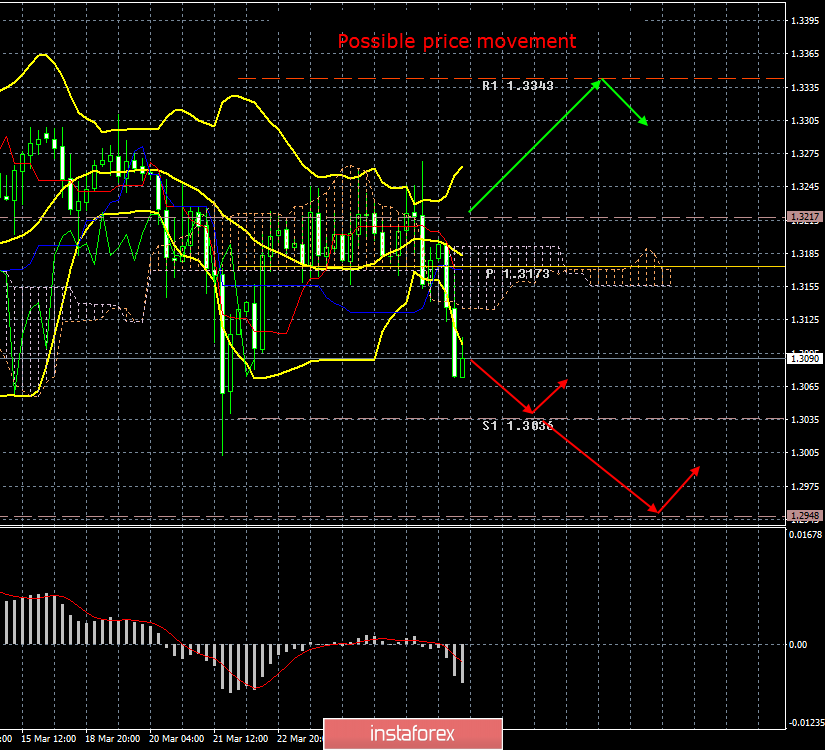 The pound sterling spent several days trading in a limited price range. However, today, since there were no important news and reports from the UK, moreover, a report was released on US GDP, which frankly failed, the British currency fell down. It is illogical. Nevertheless, the pound has long been preparing for this fall. Just on the grounds that all the confusion surrounding Brexit can not support the UK currency. Now the main question is: will the pound's decline take long? Confusion in the British Parliament will continue. Until the government does not clearly articulate which version of Brexit it prefers, and does not come to a consensus with EU leaders, the pound will remain in the zone of downside risks. Tomorrow, GDP for the fourth quarter will be published in the UK. A forecast of +0.2% q/q. It is unlikely that this report will be able to help the British currency, except perhaps in the short term, and only if it turns out to be much better than the predicted value. At the moment, the pair has completed the first support level of 1.3036. Tomorrow there will be a slight pullback, since tomorrow is the final working day of the week and month. However, in general, the pound will likely continue to fall. Teresa May can only continue to insist on her proposal and offer her resignation to the Parliament as long as they support it. Will it work? Will Parliament accept her version of Brexit at its third attempt? We will likely find out soon.

The GBP/USD currency pair resumed its downward movement. Therefore, it is now recommended to once again consider sell orders with targets of 1.3036 and 1.2948. The beginning of the correction is possible tomorrow, since today's strong fall requires it.

The material has been provided by InstaForex Company - www.instaforex.com
but it eventually collapsed GBP/USD. March 28. Results of the day. The pound sterling endured for a long time