Against the dollar, the pound opened the trading week with a downward gap, although it actually closed the price gap during the European session. Traders are are noticeably nervous and show uncertainty regarding the prospects for the British currency. Judging by the current dynamics of the GBP/USD pair, the market does not exclude both the currency's fall and its large-scale recovery.

According to the already established "tradition," on the eve of the key stage of Brexit, numerous rumors appear on the market that have a significant impact on the mood of traders. The pound obediently follows the flow of information, although most of the incoming news is unverified.

So, first of all, let us figure out why the pound began a five-day trading session with a significant decrease, falling to the area of the 29th figure. As usual, it all started with rumors - this time regarding the fact that Theresa May can postpone the voting date to another day. According to journalists, several representatives of the Conservative party allegedly persuaded the prime minister to take such a step in order to avoid a crushing defeat on March 12th. As the "hawks" have assured that the deal will fail with a gap of more than 100 votes. After these reports, the pound fell to the middle of the 29th figure, reflecting the traders' pessimism. 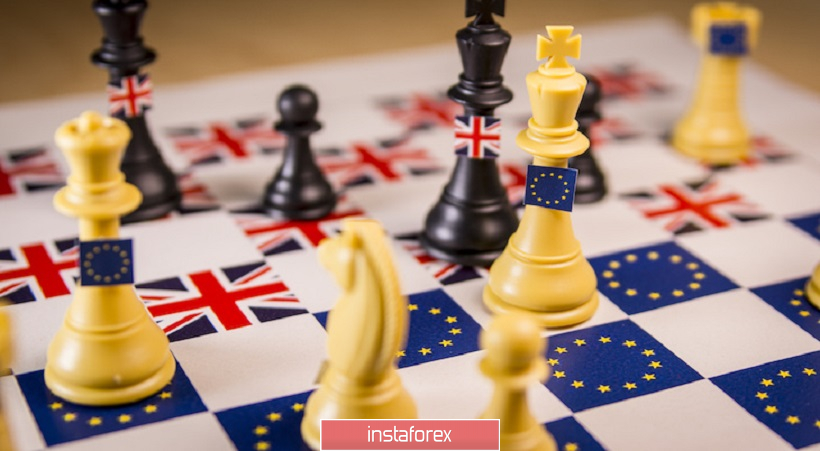 But after a few hours, the situation turned 180 degrees: A spokesperson for Theresa May announced that the key voting will take place this week: tomorrow – for the draft of the deal, the day after tomorrow – for leaving the EU without the deal (if the agreement is not supported on Tuesday) and on Wednesday – for postponing Brexit's date. In addition, according to May's representative, the negotiation process is still ongoing, in particular, this morning the prime minister had a telephone conversation with the head of the European Commission Juncker. Against the background of such news, the pound stopped falling and resumed corrective growth, which significantly increased following the comments of Angela Merkel. The German Chancellor reported that Jean-Claude Juncker made a "very important proposal" (the details of which, of course, she did not disclose) to the British government, and now Brussels is waiting for reciprocal steps from London.

Sources from diplomatic circles told reporters that during the weekend, the European Union proposed unilateral withdrawal from the backstop regime (if necessary), but May rejected the proposal, citing disagreement with members of the Cabinet. The essence of the new proposal is unknown.

It is worth noting that, in addition to the proposed "carrot" (in the form of certain concessions), Brussels also threatens with a "stick". According to European newspapers, the European Union is currently developing penalties for Britain as compensation for agreeing to postpone Brexit. According to journalists, Brussels can raise the cost of leaving the European Union to 39 billion pounds (that is, to 45 billion dollars) for moving the "X-hour". So far, this information has not been confirmed either in London or in Brussels, so it had only a short-term impact on the market. In my opinion, the European Union could have voiced similar intentions, but not in such an ultimatum.

The press voiced another scenario of upcoming events. So, according to one influential British publication, eurosceptics from the Tories urge May to resign, or at least promise to leave her post in June of this year. After the Parliament announced a vote of confidence in December, the deputies could not initiate the issue for a year. However, they can convince them to do it by promising support in Parliament in return. Theresa May's representatives categorically reject such an option, but, as you know, key decisions are sometimes made at the last moment.

In general, newspaper rumors "control" the pound for today, since all other fundamental factors are of secondary importance. For example, tomorrow, the most important macroeconomic data will be released in Britain. In particular, we are talking about the dynamics of GDP growth and the volume of industrial production. After a disastrous December, when the GDP fell to a negative area of -0.4 m/m, in January, the indicator should recover to 0.2%. The level of industrial production should also come out of the negative zone and reach the level of 0.2%.

Such dynamics could support the British currency - but tomorrow, most likely, these indicators will actually be ignored by the market. In any case, the Brexit issue is an undisputed priority for the GBP/USD pair, so the rest of the fundamental factors should be treated with extreme caution. If traders see the "light at the end of the tunnel" in the context of Brexit's prospects, even the most negative statistical data will not be decisive for the British currency.

The material has been provided by InstaForex Company - www.instaforex.com
GBP/USD: The pound follows newspaper headlines