GBP/USD: the pound is declining due to Juncker and the French

The pound declined in response to today's events, although, by and large, there is no reason for panic: it was just that the market had high expectations. Therefore, with high probability, we can assume that the GBP/USD's downward movement will not receive a large-scale continuation - unless Brussels is surprised by a more stiff position regarding the postponement of Brexit.

Just yesterday, there were rumors on the market that Theresa May would send a letter to European Council President Donald Tusk with a request to postpone Brexit's procedure for three months, or more precisely, until June 30. The text of the letter was kept secret until the second half of today. When in the end its content was disclosed, then the pound collapsed by more than a hundred points against the dollar. Such a reaction seemed rather strange, since the rumors that were circulating yesterday were fully confirmed. It turned out that the majority of traders were endowed with a more substantial temporary gap: in other words, the market hoped for a kind of Brexit in which the British government would initiate a postponement of Brexit until next year. 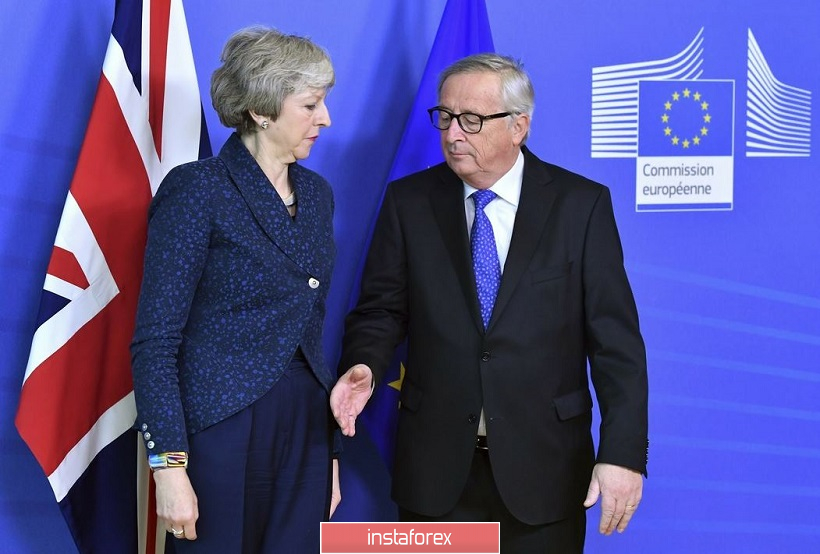 However, Theresa May was in no hurry with this decision, she had initially warned members of the House of Commons that the failure of the third vote would delay Britain with "more than a few months." Now the situation has slightly changed: the British prime minister cannot, in principle, bring this issue to a vote in Parliament. Let me remind you that on Monday, the speaker for the House of Commons said that he would not allow a third vote for the draft deal. According to him, another vote would be possible only if "significant changes" are made to the proposed agreement. At the same time, he referred to the 400-year-old convention, where this rule is indicated.

Based on the fact that Theresa May requested a three-month postponement of Brexit, she is still hoping for a re-vote on the deal in the near future. Hypothetically, this is possible: parliamentarians can circumvent the above convention by voting for the corresponding amendment. But before that, it is necessary: a) to mobilize Conservatives; b) to convince Unionists. Given the fact that the speaker of Parliament made his statement just before the planned vote, Theresa May simply did not have enough time to implement the two points mentioned above. This explains the "short" delay. But the market regarded this step in its own way, simultaneously taking profit in the GBP/USD pair and in other currency pairs with the participation of the pound. As a result, the British pound plummeted throughout the market, although there are no objective reasons for such a reaction.

However, traders could confuse the "correspondence" dispute between Theresa May and the head of the European Commission Juncker. The subject of the dispute is a 1-week time gap. The fact is that the British government is asking for Brexit to be postponed until June 30, while Junker has reduced the maximum allowable delay time to May 23. In other words, he gave London a choice: either Britain's withdrawal from the EU will take place before the end of May, or the country will take part in the elections to the European Parliament, with all the consequences. In my opinion, the weekly time gap will not play a crucial role for the British, so the influence of this fundamental factor will be limited.

There is one more nuance that worries traders of the GBP/USD pair, which is the position of the French. According to unconfirmed reports, tomorrow, France will oppose a prolongation of the article 50 of the Lisbon Treaty, that is, against the postponement of Brexit. A little later, officials from Paris denied this information, but rather vaguely: according to the press secretary of the President of France Emmanuel Macron, "will make an appropriate decision on the basis of the summit scheduled for tomorrow." Such an ambiguous answer did not satisfy traders, and the pound remained under background pressure.

Thus, rumors rule the market once again, now it's about the possible outcomes of the EU summit. Neither data on the growth of UK inflation, which was released today, or tomorrow's meeting of the Bank of England seem to disturb investors: the focus is on Brexit. In my opinion, EU leaders will approve the extension of the negotiation period until May 23, and London, reluctantly, will agree. In turn, the pound will receive significant support, especially since traders will be able to return to their usual guidelines, assessing the dynamics of key macroeconomic indicators. 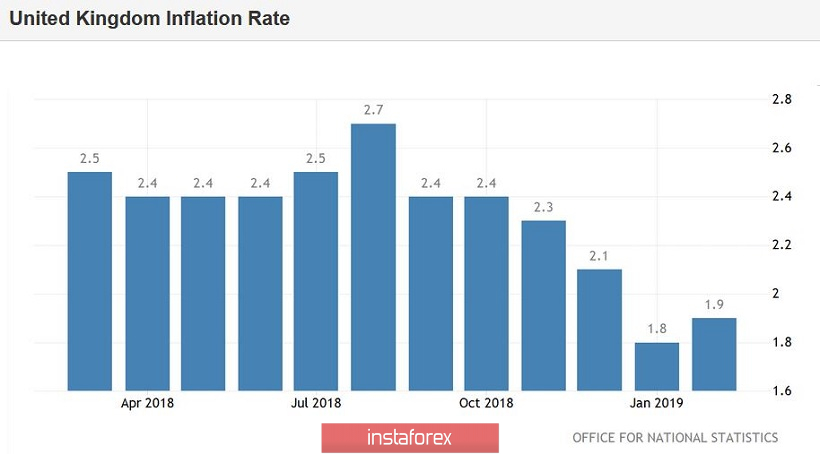 In this context, the pound can also count on support, given the latest releases: inflation has finally stopped its slowdown (both in monthly and annual terms), and wage growth exceeded the expectations of experts. In addition, the unemployment rate plunged below the four-percent mark, confirming the strengthening of the labor market. In other words, the British currency has the potential for further growth - if only tomorrow's summit will be held according to the most predictable scenario.

The material has been provided by InstaForex Company - www.instaforex.com
GBP/USD: the pound is declining due to Juncker and the French