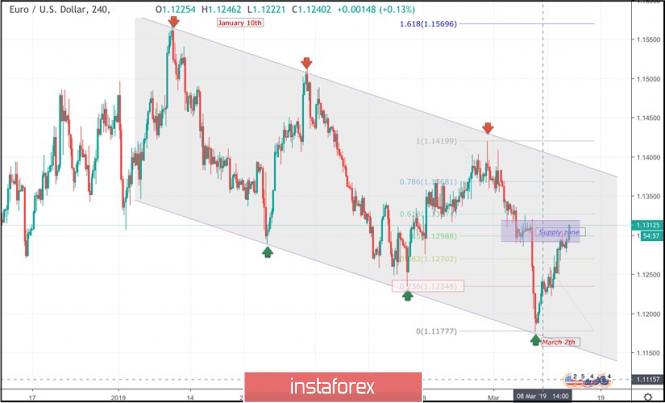 Bullish persistence above 1.1270 (Fibonacci 38.2%) was mandatory to enhance further bullish advancement towards 1.1300-1.1320 (the depicted supply zone) where bearish positions may be considered upon valid price action.

However, negative fundamental data from US may push the EUR/USD pair for a bullish breakout above 1.1320 that leads directly towards 1.1370-1.1400 (next supply zone) where the upper limit of the depicted channel is located.

On the other hand, earlier bearish breakout below the price level of 1.1270 (38.2% Fibonacci) will probably liberate a quick bearish decline towards 1.1160 again.

The material has been provided by InstaForex Company - www.instaforex.com
2019 : EUR/USD is facing a significant supply zone around 1.1300. March 13