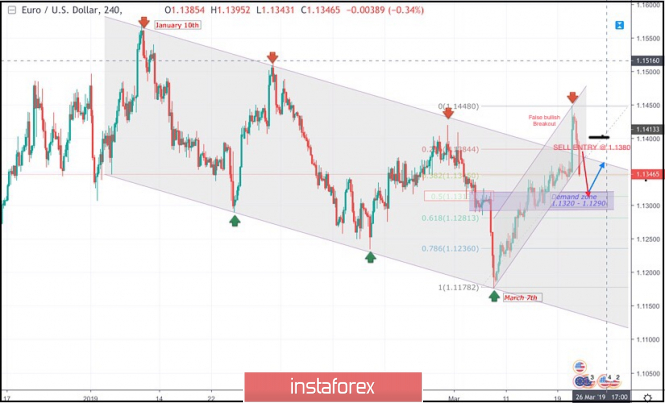 The short-term outlook for the EUR/USD pair remains bearish. Any bullish pullback towards 1.1380 should be considered for another SELL entry.