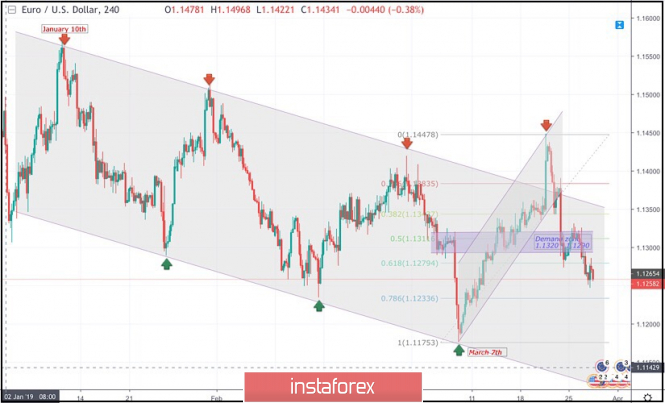 On the other hand, On Thursday, significant bearish pressure was demonstrated around 1.1380 leading to the current bearish decline towards 1.1260.

Bearish persistence below 1.1280 is mandatory to pursue towards the next bearish targets. Otherwise, another bullish pullback would be demonstrated towards 1.1350 once more.

Based on previous recommendations, for those who sold the EURUSD around 1.1385 should lower their SL to 1.1290 to secure some profits.