March 4, 2019 : GBP/USD is retracing towards its newly-established Demand-Zone. 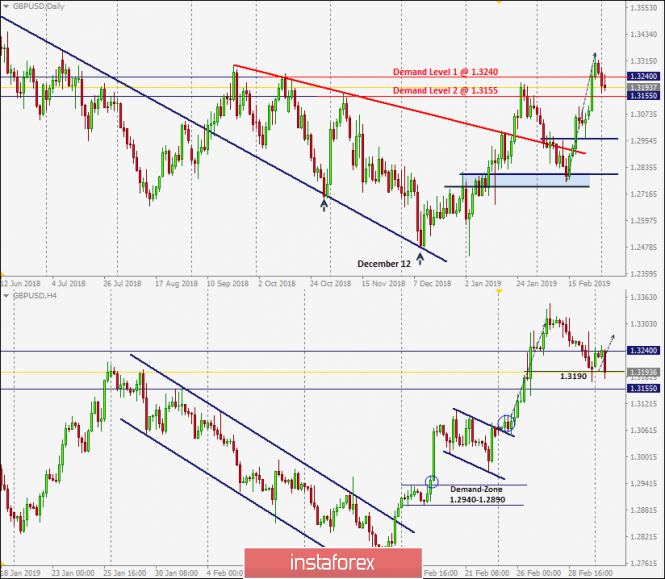 Since then, the current bullish swing has been taking place until January 28 when the GBP/USD pair was almost approaching the supply level of 1.3240 where the recent bearish pullback was initiated.

This initiated the current bullish breakout above the depicted H4 bearish channel. Quick bullish movement was demonstrated towards 1.3155, 1.3240 and 1.3300.

Early signs of bearish reversal/retracement were demonstrated around the price level of 1.3317. Bearish pullback was expected to extend down towards 1.3240 and 1.3200 where price action should be watched cautiously for bullish positions.

Any bearish breakdown below 1.3190 invalidates the short-term bullish scenario allowing a quick bearish movement to occur towards 1.3150 (lower limit of the demand zone) and 1.3060 where the recent bullish breakout was initiated.

The material has been provided by InstaForex Company - www.instaforex.com
2019 : GBP/USD is retracing towards its newly-established Demand-Zone. March 4