Well, were the results of the voting on the issue of a "divorce" agreement with the European Union in the House of Commons came as a surprise to someone? How happy about all that is happening are the speculators who seem to be the only ones who benefit from this farce? Naturally, the parliamentarians rejected the agreement, which is no different from the one that they had already rejected earlier. Yes, Theresa May made a couple of new promises from Brussels to sign an addendum in the form of a trade agreement, but only by the end of next year. That is, the former colonizers of half of the world are invited to believe in some good intentions and aspirations of some incomprehensible characters. It was as if everyone had forgotten how the ancestors of all these worthy men created an empire over which the sun never set. One of the main tools was the promise of all good against all bad. Did someone think that parliamentarians would buy into glass beads? 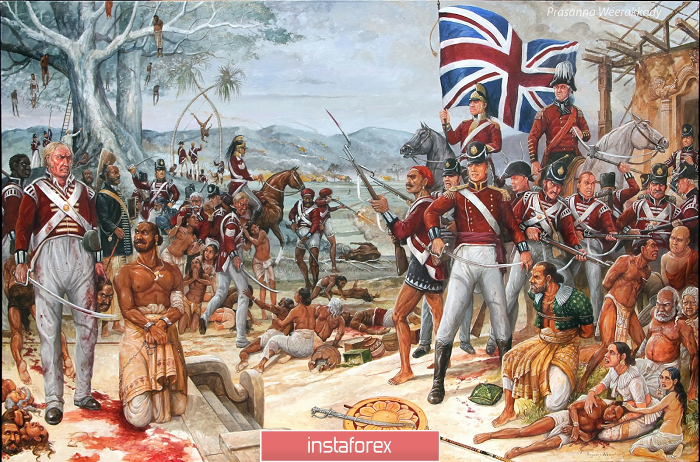 Immediately after the results of the vote were announced, representatives of the Brussels bureaucracy expressed regret on this issue, adding that they did not know how to save the situation. After all, they have already offered the best possible agreement to Britain. However, in this so-called best agreement, the most important thing in the world was not there- trade. More precisely, there is, but in a form that puts the United Kingdom on the brink of an economic disaster. And it seems that it is not just the desire of many European countries to oust British capital from their markets, to be replaced by their own companies, and due to the growth of tax revenues to improve their finances, this is some kind of revenge for the old grievances and confrontations, of which the UK came out with a profit, and they only with a loss. 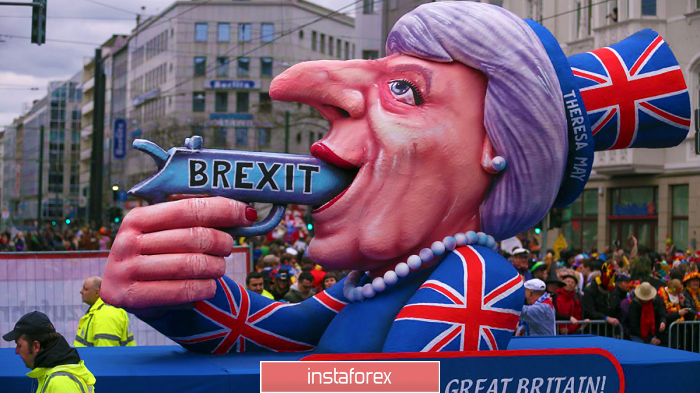 It should be noted that the single European currency seems to have ceased to respond to the island circus, and, unlike the pound, it even grew. This is mostly due to the final data on inflation in the United States, which showed that it slowed down from 1.9% not to 1.6%, but to 1.5%. That is worse than what investors have already taken into account after the publication of preliminary data.

As we can see, the single European currency no longer reacts so strongly to the scandals in London, so that it will be more responsive to macroeconomic statistics, which favors its strengthening again for the day. The fact is that the data on industrial production in Europe should show a slowdown in the decline from -4.2% to -2.1%. Of course, a recession is a recession, but nevertheless a certain improvement in the situation is clearly encouraging. Moreover, in the United States, producer prices are expected to slow down from 2.0% to 1.9%, and orders for durable goods may be reduced by 0.5%. Obviously, the combination of lower producer prices with a simultaneous decrease in orders for their products will inspire few people. Thus, the single European currency has good chances to rise to 1.1325. 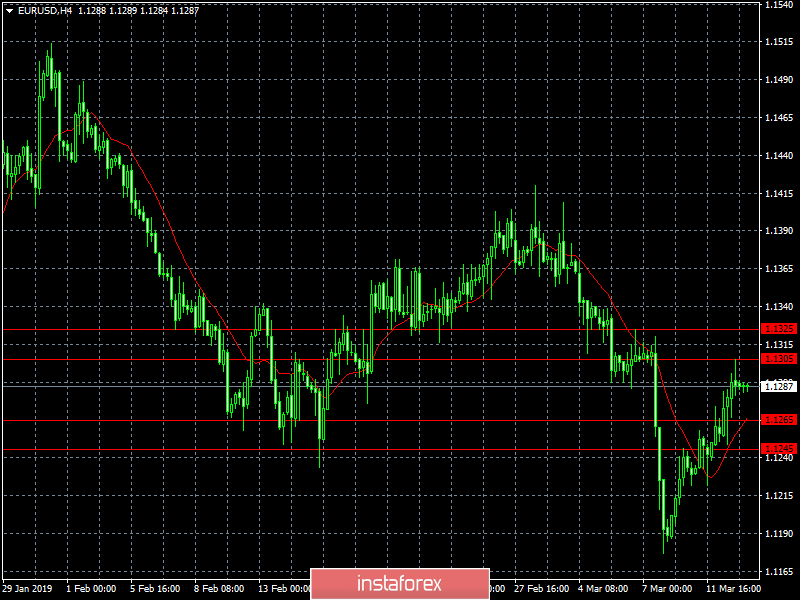 In London, as they say, the circus left, and the clowns remained. Today, the House of Commons will vote on the possibility of withdrawing from the European Union without a deal with this damned Fourth Reich. It is clear that the way out without a deal in economic terms is exactly the same as the way out with the agreement proposed by Europe. And oh, this agreement does not suit the descendants of the colonialists. Thus, this option will most likely be rejected by parliamentarians, which leads the House of Commons to discuss the issue of postponing the date of divorce from Brussels. This will be an excellent reason for the growth of optimism, especially among speculators. After all, there is a hope that Theresa May will still have time to agree on something with Jean-Claude Juncker. It is clear that everything that has happened over the past couple of years clearly demonstrates that for how long they will not come or come to anything. Europe is firmly on its own, and the UK is constantly outraged that no one wants to consider such an option that suits itself exclusively. You never know what the natives on the continent have thought of themselves, but the fact that the negotiations will continue will contribute to the growth of the pound to 1,3175. 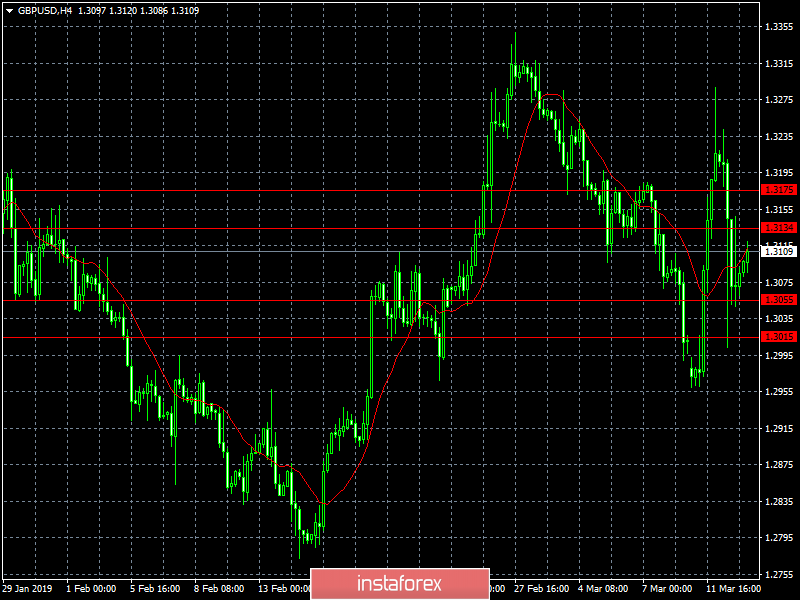 The material has been provided by InstaForex Company - www.instaforex.com
Overview of the currency market on 03/13/2019