Throughout the past year, the main vector of movement of the major Swiss franc was upward. The wave completes a larger weekly wave construction, so the potential for further recovery is expected to be significant.

Since September, an upward wave zigzag develops. The last part (C) started on January 10th. The last 2 weeks in its framework formed an intermediate correction. 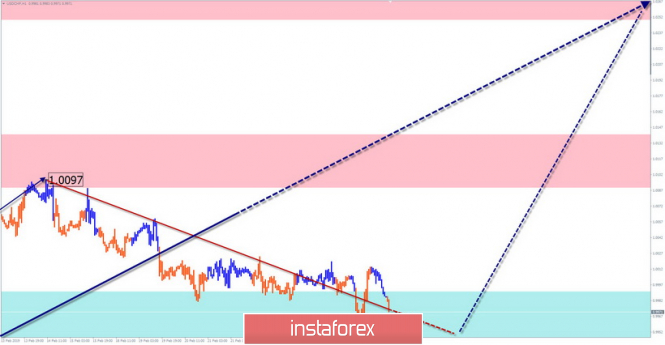 The flat mood of the franc movement is nearing completion. There are no immediate reversal signals on the chart. The beginning of an active price increase is most likely after the release of news blocks. It is recommended to track the instrument purchase signals