The rising wave of the cross-country that started in April last year in the course of its formation over the last weeks has changed its view to the stretched plane.

The direction of the short-term movement of the pair is set by the bearish wave of December 10th. The middle part of the wave (B) lengthened downwards, reaching a large-scale support zone. There are no turn signals yet. 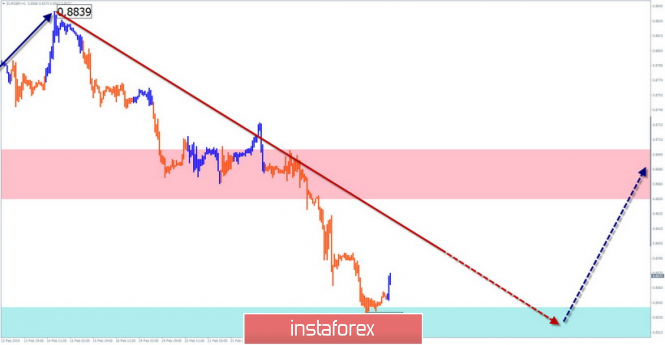 Sales of the cross-country are unpromising, because of the small expected potential for decline. Conditions for purchases have not yet been created. The flat mood is most likely. It is recommended to refrain from commercial transactions until a clearer wave pattern appears.