After the completed bearish trend with the beginning of the current year, the direction of the short-term trend of the cross is set by the upward wave. In its structure in February, the correctional part (B) was completed.

The price rise that began on February 8 in the larger model gave rise to the final phase of the movement (C). Before further appreciation of the rate from current price values, an intermediate pullback is possible. 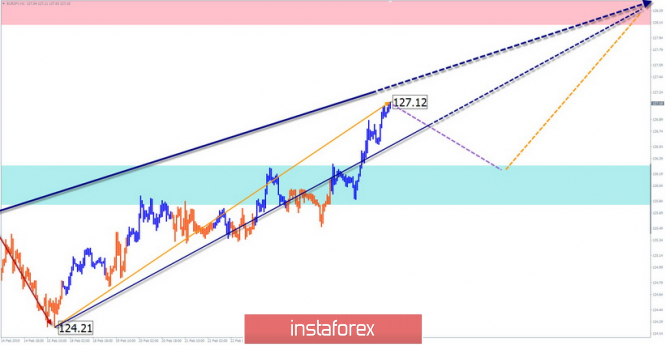 A consolidation period is expected on the cross chart this week. Reducing further settlement support is unlikely. It is recommended to use price pullbacks to strengthen long positions in the market of the pair.