Simplified Wave Analysis. Overview of GBP / USD for the week of March 13

As part of the downward trend wave dominating since April last year, the price rise of the last 3 months constitutes a correction.

As a result of the appreciation, the price of a pound reached a large reversal zone. The wave structure looks complete. The downward zigzag, which began on February 27, has a reversal potential and can become a starting point for a new section of the main trend. 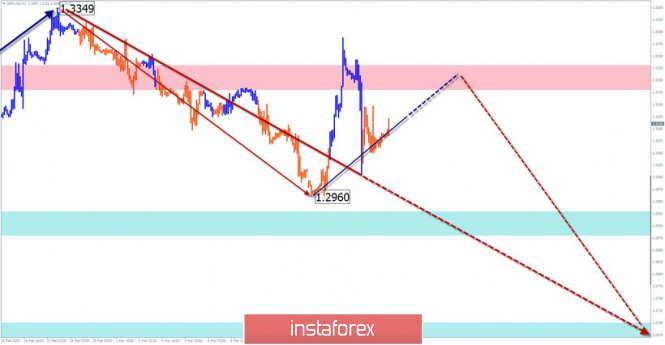 In the coming days, it is likely that the price of the pound will move in the range between the nearest oncoming zones. After the reversal model is fully completed, a price break will follow, with a breakthrough in the nearest support. Traders should look at the signals of the sale of a major.

The material has been provided by InstaForex Company - www.instaforex.com
Simplified Wave Analysis. Overview of GBP / USD for the week of March 13