Simplified Wave Analysis. Overview of EUR / CHF for the week of March 13

Actual for today, the wave model is ascending, starting from September 10 of last year. The final part (C) is nearing completion in the structure. The whole wave has a distinct flat character.

In the bullish wave of January 3, the first 2 parts (A + B) are formed. Given the completeness of the structure of the middle part and the presence of a bullish plot with reversal potential, it can be argued about the beginning of the final part (C). 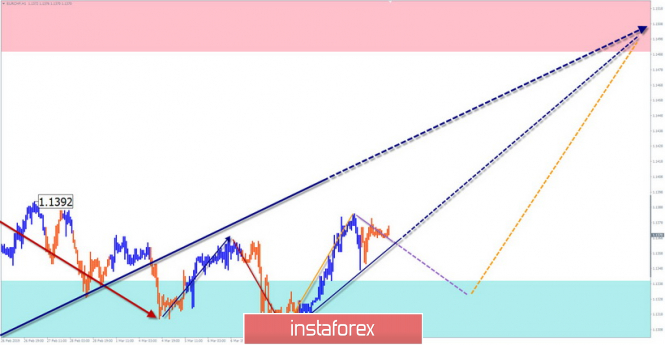 This week, the price will continue the increase that has begun. The range of fluctuations will be limited by the area between the nearest oncoming zones. Supporters of the intersessional style may make short-term purchases, but it is more reasonable to reduce the lot.

The material has been provided by InstaForex Company - www.instaforex.com
Simplified Wave Analysis. Overview of EUR / CHF for the week of March 13