Simplified Wave Analysis. Overview of USD / JPY for the week of March 11

On the chart of the major Japanese yen since March, the rising wave algorithm is formed. By the end of the year, the first 2 parts (A + B) were fully completed.

The bull wave of January 3 completes the larger wave model. The wave develops in pulse type, with minimal recoils. Last week, the price adjusted for the last part of the trend. Achieved settlement zone is reached. 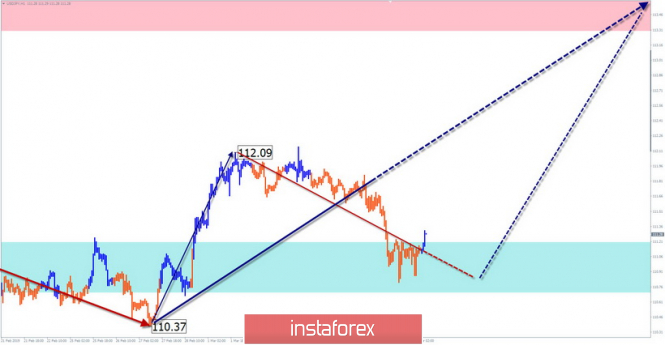 In the coming days, the completion of the flat mood of the movement is expected and the beginning of an active price increase. A brief puncture below the support area is possible but unlikely. It is recommended to pay attention to the instrument purchase signals.

The material has been provided by InstaForex Company - www.instaforex.com
Simplified Wave Analysis. Overview of USD / JPY for the week of March 11