Simplified Wave Analysis. Overview of GBP / JPY for the week of March 7

An upward wave model is developed on the cross-weekly scale chart, in which the middle part (B) has ended by the end of last year.

The ascending section of January 3 has powerful potential. Given the pronounced impulsive nature of the rise, the transition to a higher wave level will occur without obvious corrections. Before a further breakthrough in the main course, a short-term pullback is likely. 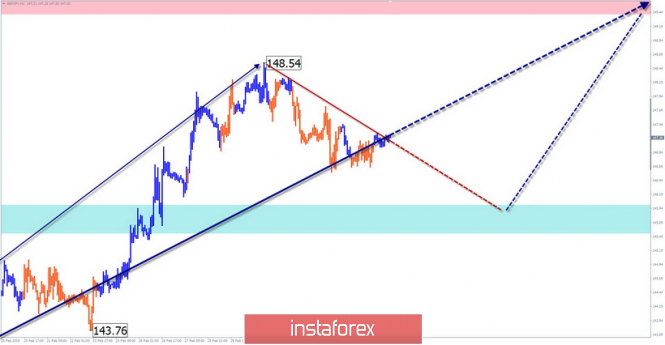 The current price increase sets a new course for the short-term trend of the pair. It is recommended to use any counter movements to search for input or to strengthen the instrument purchases.

The material has been provided by InstaForex Company - www.instaforex.com
Simplified Wave Analysis. Overview of GBP / JPY for the week of March 7