The last unfinished wave of the pound is bearish, starting from last April. In recent months, an upward correction section has been formed within its framework.

The short-term vector to the movement of the pair is set by an unfinished bull wave dated December 12. At the time of analysis, the price reached the zone of potential large-scale reversal. Reversal signals are not yet formed. 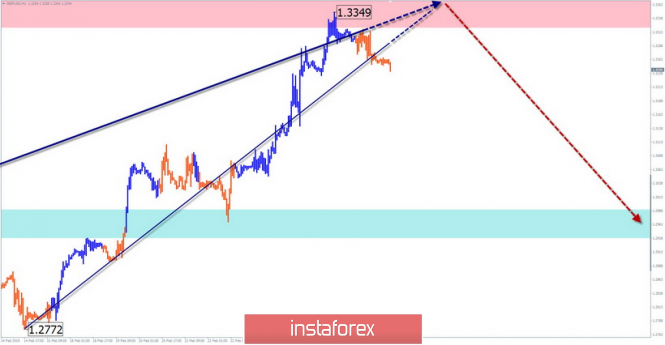 The potential of the current rise of the pound is limited by strong resistance. This week, we should expect a turnaround and the beginning of depreciation, with the overall flat nature of price fluctuations. During this period, the best tactic for traders will remain out of the market.