Simplified Wave Analysis. Overview of AUD / USD for the week of March 14

For the past year, the price of the Australian major has moved down. Analysis of the trend wave shows that the price growth of recent months should take the place of correction in the structure.

The bullish wave started on January 3. The wave has a reversal potential. To date, it is nearing completion of the middle part of the structure (B). A preliminary zone of probable completion has been reached, but no change in heading signals has yet been formed. 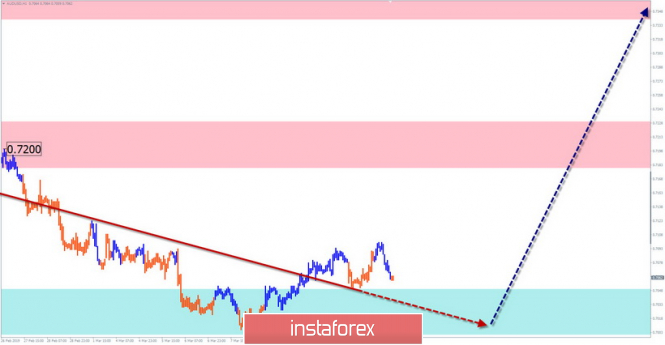 The period of flat lull may be replaced by the beginning of the price increase already in the coming week. Until the end of the month, a general uptrend is expected, which supporters of the "bullish" strategy can use. Before opening buy orders, you must wait for confirming signals from the market.

The material has been provided by InstaForex Company - www.instaforex.com
Simplified Wave Analysis. Overview of AUD / USD for the week of March 14