Simplified Wave Analysis. Overview of NZD / USD for the week of March 6

The vector of the main movement of the kiwi major since October of last year is given by a bullish wave. The first 2 parts are completely formed in the wave structure. With the beginning of the new year, the final part (C) started.

The analysis of the structure of the rising wave from January 3 shows the completeness of the first parts of the wave zigzag. From February 12, preparations are underway for the final price spurt. 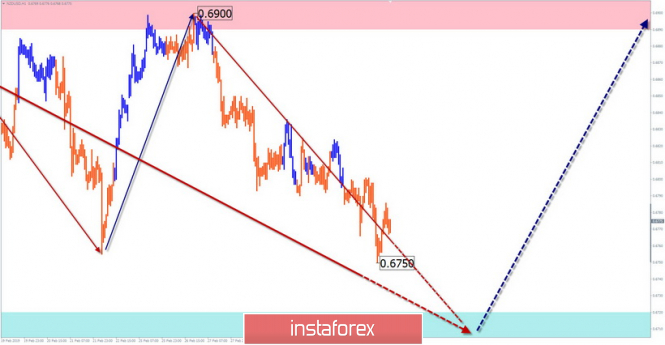 The price of the pair moves in the side price corridor, in which it will stay at least until the end of the upcoming weekly period. There are no conditions for sale. In the area of calculated support, it is recommended to track signals to search for entry into long positions.

The material has been provided by InstaForex Company - www.instaforex.com
Simplified Wave Analysis. Overview of NZD / USD for the week of March 6