Simplified Wave Analysis. Overview of GOLD for the week of March 8

Since August last year, the trend of gold has been rising. Analysis of the wave structure shows its incompleteness. In recent months, the course is adjusted.

The price decline of February 20 completes the year-long correctional model, which has the form of an expanding triangle. The price reached the upper limit of the strong reversal zone. 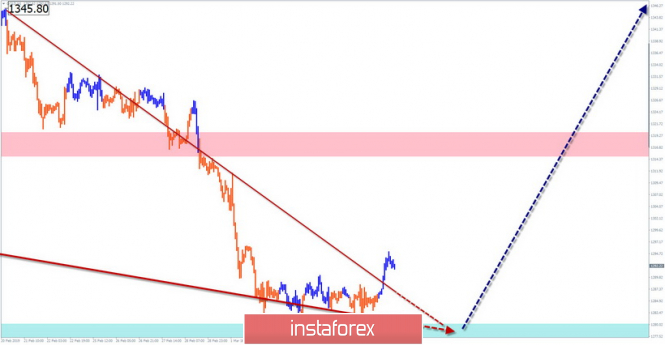 Despite the fact that there are no turn signals, the continuation of the current gold correction is not expected. Wave algorithm indicates a speedy recovery of the ascending course. Traders need to keep track of emerging reversal signals in order to search for entry into long positions.

The material has been provided by InstaForex Company - www.instaforex.com
Simplified Wave Analysis. Overview of GOLD for the week of March 8