The wave construction relevant at the time of analysis has the form of an expanding triangle. In classical VA, the shape is called the "stretched plane".

The main wave is descending, leading from December 10th. Within its framework, from January 25, a complex correction of the wrong type is being formed. A week ago, the final part started. 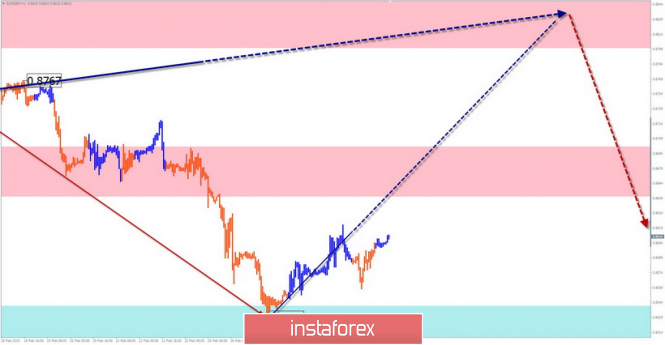 The corrective rise in the price of the cross will last at least in the nearest weekly period. The most likely level of completion is the nearest resistance zone. However, elongation to the next zone cannot be excluded. Purchases are possible, but high risk, while it is wiser to reduce the lot.

The material has been provided by InstaForex Company - www.instaforex.com
Simplified wave analysis. Overview of EUR / GBP for March 5