Simplified Wave Analysis. Overview of EUR / CHF for the week of March 6

Since last fall, an upward wave model has evolved on the cross chart, which most resembles a correctional plane. The zigzag (A + B + C) is tracked in the wave structure.

From January 3, the cross price forms a bullish wave. The wave has a flat character. Last month, the quotes moved mostly sideways, forming a corrective phase of the movement. The wave structure looks complete. 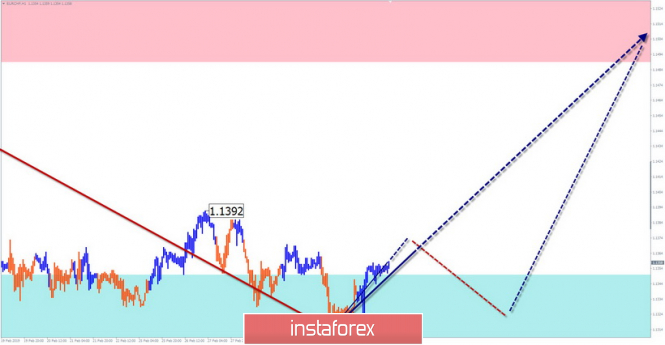 In the coming week period, you can wait for the completion of the price calm and the beginning of the price growth. The ascending section of March 4 has a high potential and can give rise to a reversal pattern. It is recommended to track buy signals.

The material has been provided by InstaForex Company - www.instaforex.com
Simplified Wave Analysis. Overview of EUR / CHF for the week of March 6