From September of last year, the cross-country quotes form an ascending wave model, in the form of a standard plane. Since the beginning of this year, the final part (C) is being formed in the wave structure.

In the framework of the ascending wave model of January 3, the corrective phase of the movement was formed throughout the past month. The structure of the wave looks complete, but there are no change signals. 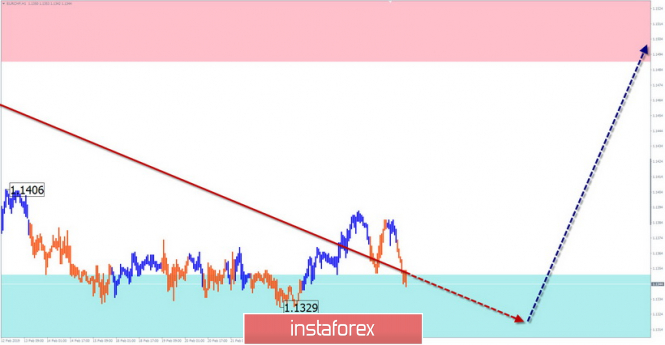 The flat mood of the price movement of the cross can continue in the upcoming week. Purchasing is premature. For traders, before the appearance of clear reversal signals, the best tactic will be "out of the market".