Simplified wave analysis. Overview of silver for the week of March 5

The global trend of silver is directed to the "south" of the price field. The last wave construction of the daily scale in the last 3 years shifts the price towards the main trend. Since last fall, a corrective expansion has been developing within its framework.

The bullish wave pattern is formed from September 4. In its structure, from the beginning of the current year, a correctional part is formed in the form of a stretched plane. 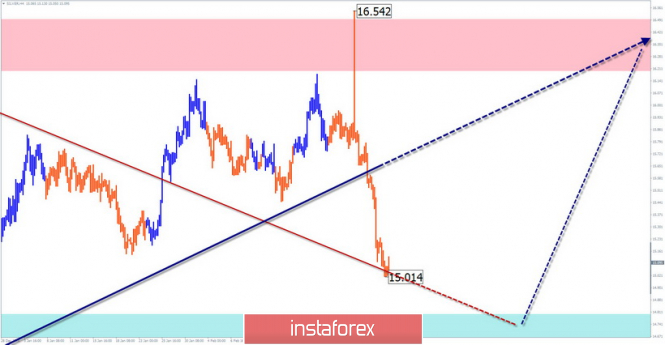 The wave algorithm indicates the imminent completion of the current depreciation of silver. The most expected reversal zone is settlement support, where traders are advised to track the reversal and long entry signals.

The material has been provided by InstaForex Company - www.instaforex.com
Simplified wave analysis. Overview of silver for the week of March 5