The bullish wave of January 3 in the larger wave will take the place of correction. All last month, the price has formed the basis of the final wave phase. After the completion of the intermediate correction, the uptrend of the pair will be restored. 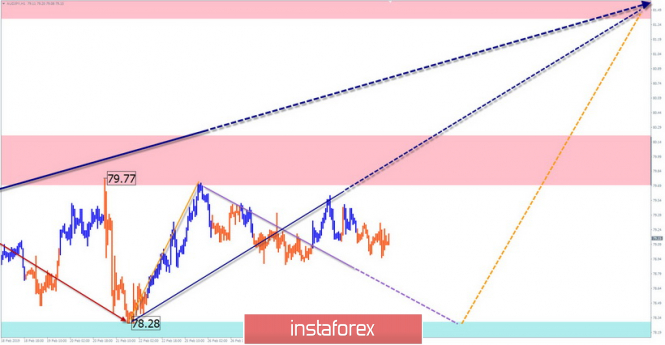 The flat side cross quotations can last up to next week. Sales are risky. When the price reaches the lower boundaries of the corridor, it is recommended to pay attention to the signal to buy the instrument.

The material has been provided by InstaForex Company - www.instaforex.com
Simplified wave analysis. Overview of AUD / JPY for March 1