Simplified Wave Analysis. Overview of GBP / JPY for the week of March 14

By the totality of signs, the downward wave dominating all of last year ended, giving way to a new ascending phase in the weekly scale model.

The bullish wave of January 3 is developing in a pulse pattern. The first 2 parts are formed in its structure. The correction has the form of a hidden, irregularly shaped structure, which ended on March 11. Then the final part (C) began to form. 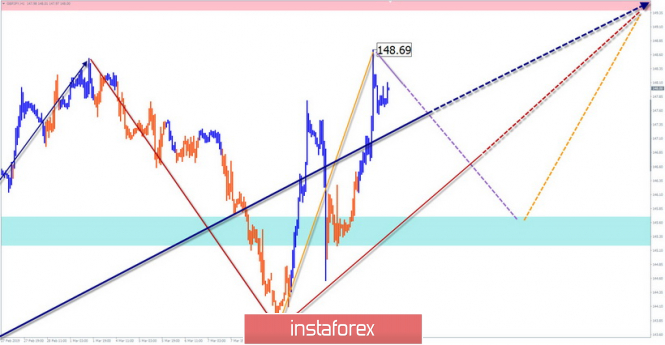 Before further breakthrough, the probability of a short-term retracement is high. Given the general impulsive nature of the movement, a further decrease than the calculated zone is unlikely. It is recommended to pay attention to the pair buy signals.

The material has been provided by InstaForex Company - www.instaforex.com
Simplified Wave Analysis. Overview of GBP / JPY for the week of March 14