Simplified Wave Analysis. Overview of NZD / USD for the week of March 13

The main vector of the price movement since the beginning of last year is set by the bearish wave. Within its framework, from October, a corrective phase has been developed, which has entered the final phase.

The wave of February 12 completes the upward correctional wave of a larger scale. The middle part is formed in the structure, preceding the final spurt upwards. 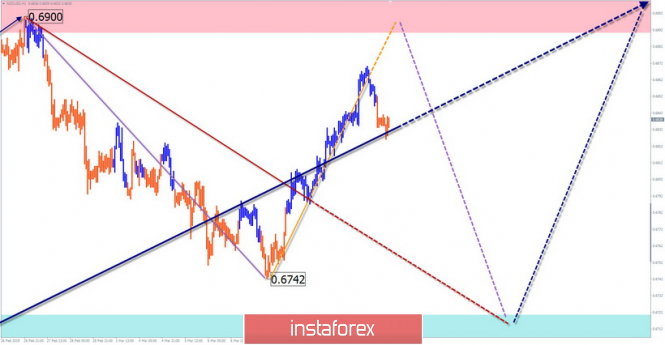 In the nearest weekly period, an overall flat mood of movement in the side corridor, bounded by oncoming zones, is expected. In the area of support, it is recommended to track reversal signals to search for entry into long positions.

The material has been provided by InstaForex Company - www.instaforex.com
Simplified Wave Analysis. Overview of NZD / USD for the week of March 13