Simplified Wave Analysis. Overview of GBP / USD for the week of March 6

The general direction of the price movement of the pair from the spring of the past is set by a bearish wave. In its framework, in recent months, a correctional wave has been formed, which indicates a general incompleteness of the structure.

Since December 12, the wave model has been developing towards the main trend. In its structure, a clear zigzag can be traced. From the oncoming zone of resistance, a bearish wave of small scale began to develop in the last week, which could potentially become a reversal structure. 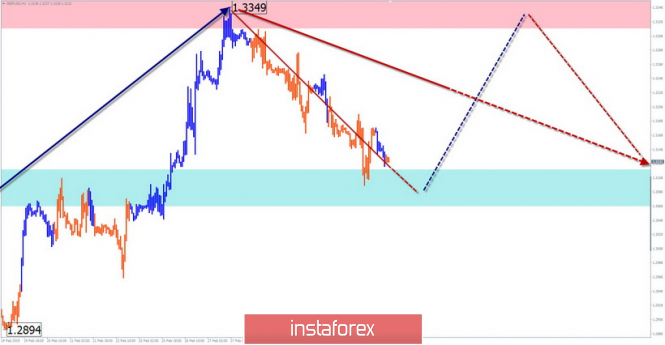 In the near weekly period, the price of the pound will move in a narrow flat corridor. There is a high probability that the current wave will be completed soon and the short-term trend will turn. Prior to the emergence of clear signals on the chart, trading in the pair market is not recommended.

The material has been provided by InstaForex Company - www.instaforex.com
Simplified Wave Analysis. Overview of GBP / USD for the week of March 6