The main trend of gold since last summer is given by the rising wave, which is still unfinished. The lower boundary of the preliminary completion zone is around $ 1,400 / troy ounce.

As part of the rising wave from the beginning of the year, a counter correction is formed, having the form of an "expanding triangle". The bearish patch of February 20 completed the design. The estimated completion zone has been reached, but the reversal signals on the chart are not yet observed. 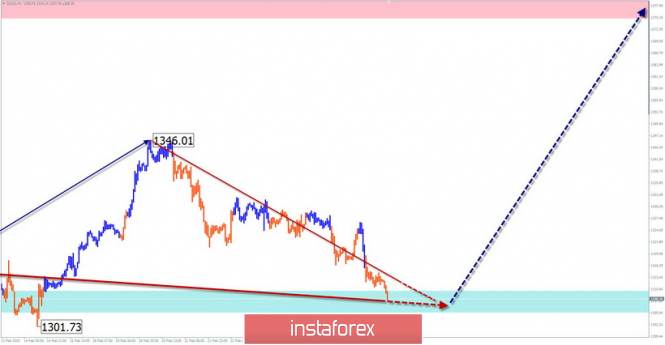 The correction period is nearing completion. This week, traders need to be ready for the start of a new upward phase of the movement. It is recommended to track reversal signals in order to search for the instrument purchase signals.